The reason so many people continue to misread the actions of US President Donald Trump is because they tend to confuse him with the actions and behaviors of past US administrations, where indiscriminate death and destruction was America’s calling card around a shell-shocked planet. Although certainly erratic in his actions, Trump thus far has been predictable on one score: keeping the powers-that-be guessing.

Last week, Donald Trump, acting unilaterally and within full power as Commander-in-Chief, derailed the Deep State’s plans for yet another disastrous regime change operation, announcing the withdrawal of US troops from Syria.

In a video released via Twitter, the American leader announced that, “We have won against ISIS…and it’s time for our troops to come home.”

In the not-so-distant past, such an announcement would have been greeted with cheers since it is generally agreed that war is – at least for those doing the grunt work – a very unpleasant enterprise. But the times have changed, together with the national agenda, and instead of applause filling the airwaves, the American people can hear nothing but the screeching of incensed hawks on both sides of the political aisle. That screeching is the sound of the Deep State expressing its deep displeasure and even pain. 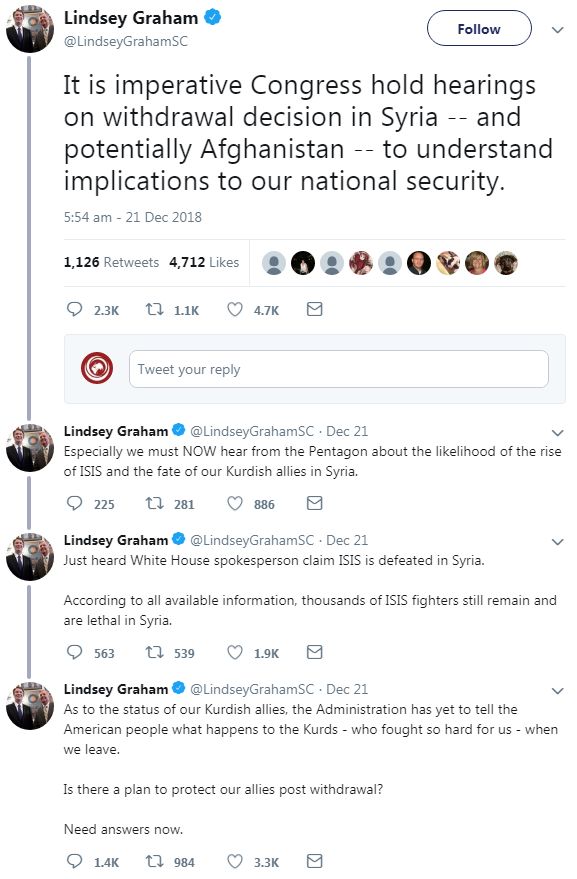 Trump withdrawing US troops from Syria strongly suggests that the real estate magnate from Manhattan just might be the real deal, a rabble-rousing populist delivered to the White House by an army of voters across an angry and divided country that are tired of traveling snake-oil salesmen deceiving them with empty promises.

Is Trump the real deal?

There are two schools of thought on Donald J. Trump. The first says that he is just another typical…