US intelligence is ‘in the dark’ about Russian intentions towards the November midterm elections, the New York Times reports, offering some explanations as to why this might be the case, while ignoring the most obvious one.

According to the Times report, written by Julian E. Barnes and Matthew Rosenberg and published Friday, US intelligence agencies got a “detailed assessment” of Russian meddling in the 2016 election, thanks “in large part to informants close to President Vladimir V. Putin and in the Kremlin who provided crucial details.”

Today, however, “the vital Kremlin informants have largely gone silent,” leaving the CIA and other US spy agencies “in the dark” about Putin’s intentions. Russia could be trying to “tilt” the midterms, “simply sow chaos,” or “generally undermine trust in the democratic process,” the spies tell the NY Times.

I don’t believe the CIA ever had significant sources in Putin’s Kremlin. But even if they had, all that leaking to CNN & newspapers would have exposed their identities, if the information was accurate. So go figure! pic.twitter.com/V8uZyabadE

Not for a moment do the authors, or their anonymous sources from inside the US spy community, contemplate the possibility that Russia might not be doing anything at all. That, however, would upset the apple cart of “Russian meddling” carefully built from smoke and mirrors since mid-2016, and that just wouldn’t do.

So the noble Times reporters embark on speculation: The sources have not been compromised or killed, they say, but are probably laying low due to a variety of reasons, all serving the US intelligence community’s narratives, of course. 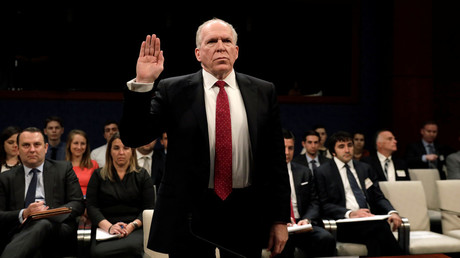 One theory is that the “informants” have been intimidated by the March “poisoning” of double agent Sergei Skripal and his daughter in Salisbury, UK – for which the British authorities never provided any evidence, and the US famously declared it needs none beyond its ally’s word.

Another explanation is also related to the Skripal affair: The mass expulsion of Russian diplomats, termed “spies” by the US and UK authorities, backfired when Russia expelled an equal number of US diplomatic personnel in retaliation – gutting the CIA’s capabilities in Moscow.

“The Russians kicked out a whole bunch of our people,” said John Sipher, a former CIA officer who once ran the agency’s Russia program. “Our station in Moscow is probably really small now and they are under incredible surveillance.”

The third theory tries to blame President Donald Trump’s supporters on the House Intelligence Committee, who revealed that the FBI used an informant against his presidential campaign advisors, and unmasked him as academic Stefan Halper. This, the authors say, may have had “a chilling effect on intelligence collection.”

At no point in the article do the authors or their named and unnamed sources even consider the possibility the whole “Russian meddling” story may have been a mirage conjured by then-CIA chief John Brennan, now a cable TV pundit offering a daily stream of invective against Trump. Brennan became a heroic martyr of the #Resistance recently, when Trump revoked his security clearance.

Barnes and Rosenberg actually give Brennan much credit for “Russiagate,” saying that his congressional testimony “backed up the accounts of the information provided by the current and former officials.” Which information? Which officials? They won’t tell, we just have to take their word for it. 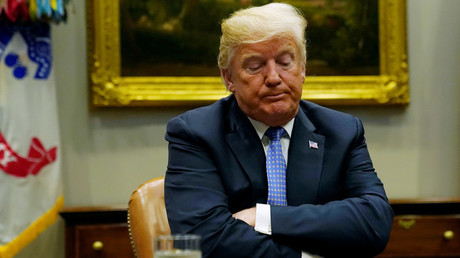 Trouble is, the #Resistance is just as happy to take Putin’s word when they think it favors their argument – that Trump is somehow an illegitimate president who is taking his orders from the Kremlin. That and the existence of Russia’s nefarious plans to meddle in US elections are treated as articles of faith by most mainstream US media; including the Times, clearly.

It is easy to get oneself tangled up when making complicated excuses. Thus Barnes and Rosenberg seemingly don’t notice that saying Russian informants “could still meet their CIA handlers outside Russia, further from Moscow’s counterintelligence apparatus” actually invalidates the whole “Skripal poisoning” line of argument. After all, Salisbury is a long way away from Moscow – but just next door to a British experimental chemical facility at Porton Down.

Halper doesn’t quite work either: He isn’t a Russian source, or even an intelligence asset, but an FBI agent-provocateur. Furthermore, his identity was not revealed by the House, but by US media outlets.

Occam’s razor would rule in favor of Sipher’s explanation about the expulsion gutting CIA capabilities. That is, provided there were ever any “Russian informants” with close Kremlin ties to begin with, and not made-up sources or self-serving rumor-mongers happy to tell the CIA whatever Brennan wanted to hear for a fistful of dollars, now laughing all the way to the bank.