The Chinese government is doing its part to stop economic espionage against the US, according to US Assistant Attorney General John Carlin. However, the “tremendous problem” remains a top priority, Attorney General Loretta Lynch says.

After agreeing to discontinue supporting hacker groups in September, the Chinese government seems to be staying true to its word. Cyber security firm FireEye released findings that showed breaches from Chinese-based groups had dropped by 90 percent, Reuters reported. 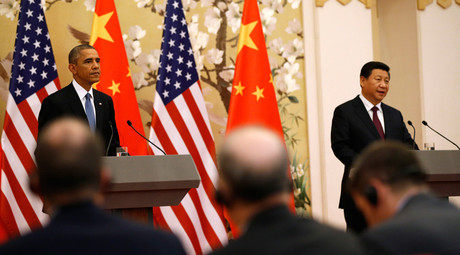 Economic espionage became a hot issue in September, when the Chinese government was forced to respond to allegations over the biggest government hack in US history, when hackers gained access to 5.6 million fingerprint records from the Office of Personnel Management.

However, while the Chinese government was willing to work with the US to decrease cyber espionage, US Attorney General Loretta Lynch called the threat “a tremendous problem.”

Lynch told Reuters that the problem was a priority for the Department of Justice, “be they individuals or be they state actors,” adding that, “essentially they’re stealing from future generations.”

“We take these matters very seriously… It is a matter of priority for us,” she said.

Just earlier this month, the US Justice Department charged a former IBM software engineer in China with six counts of economic espionage and theft of trade secrets, Reuters reported. The defendant, Jiaqiang Xu, is accused of trying to sell stolen proprietary source codes from IBM.