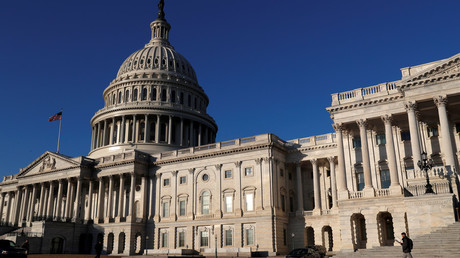 In light of recent indictments, White House spokesman Hogan Gidley has accused the Democrats and mainstream media of pushing lies on the American public about Special Counsel Robert Mueller’s investigation.

“There are two groups that have created chaos more than the Russians and that’s the Democrats and the mainstream media,” Gidley told the show Fox and Friends on Saturday. Gidley said the two groups spread false stories and narratives about supposed collusion between the Russian government and the Trump campaign.

“[They] continued to push this lie on the American people for more than a year, and frankly Americans should be outraged by that.”

Gidley’s statements come amid news that Mueller’s investigation led to the indictment of 13 Russians and three Russian entities on Friday for allegedly meddling in the 2016 US presidential election. The Russians supposedly bought ads, staged rallies and worked with grassroots campaigns. However, Deputy Attorney General Rod Rosenstein said in a press conference that “there is no allegation in the indictment that it had any effect on the outcome of the election.”

READ MORE: US indicts 13 Russians for 2016 election meddling, but ‘no allegations’ they influenced outcome

For his part, President Donald Trump has claimed that the indictment, which accuses the Russians of having started their campaign as early as 2014, vindicates him and his staff of any wrongdoing.

“Russia started their anti-US campaign in 2014, long before I announced that I would run for president,” he tweeted. “The results of the election were not impacted. The Trump campaign did nothing wrong — no collusion!”

Russia started their anti-US campaign in 2014, long before I announced that I would run for President. The results of the election were not impacted. The Trump campaign did nothing wrong – no collusion!

Russia has repeatedly denied any allegations of wrongdoing, meddling and collusion in relation to the 2016 election. Foreign Minister Sergey Lavrov said on Saturday that until facts are presented by Washington, “everything else will be just blather.”