Aweys Shikhey, a 38-year-old Dutch national, has one wife in Kenya and another in the Netherlands, and children with both women. He is currently of no fixed address. 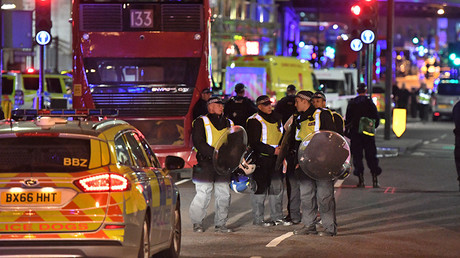 The man, who the court heard posed as a quiet, hard-working, religious man, allegedly discussed carrying out an attack in North London targeting Jewish people and football fans with an AK47 as they left Tottenham’s stadium, White Hart Lane. Shikhey was arrested in May 2017 at London Stansted Airport.

Investigators discovered encrypted messages from 2016 between him and a Somalian man, Abdirahman Idris Hassan. Hassan was arrested for terrorism offences at around the same time Shikhey was allegedly plotting with him.

The messages, using encrypted apps Telegram and Threema, were recovered from Shikhey’s laptop. The court heard that the messages discussed Shikhey’s plans to head to Syria to join Islamic State (IS, formerly ISIS) and carry out acts of terrorism in Britain.

Prosecutor Barnaby Jameson said that Shikhey was a “terrorist hiding in plain sight.”

“There was, however, say the Crown, an extremist agenda going on behind the scenes. The face the defendant presented to the world was different to his real face. That is, a terrorist hiding in plain sight,” Jameson said. “Hassan says to the defendant: ‘May God bestow you in killing David Cameron and the old woman Elizabeth.’ That’s a reference to the then-prime minister, and what is believed to be a reference to the Queen, Queen Elizabeth.

“They are talking across the encrypted messages on Threema about killing the then-prime minister and the Queen.”

The court also heard how Hassan told Shikhey that “men are needed who can shake the UK.” Hassan also asked Shikhey if he could get his hands on guns and bullets. 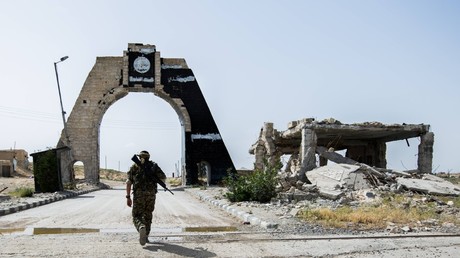 Shikhey allegedly told him that, “They could have been taken to Stamford Hill and when people leave from their game.” Prosecutors told jurors this appeared to be a reference “to White Hart Lane, which as I am sure you all know, is the home of Tottenham Hotspur Football Club.”

The accused has denied engaging in conduct in preparation to commit terrorist acts. The charge alleges he applied for and obtained monetary loans, purchased a one-way flight ticket to Sarajevo via Istanbul, and went to Stansted with $700 and €400 ($495) cash in order to travel to engage in terrorism.

The court was told that the Dutch national had been granted a £10,000 ($7198) loan from Barclays Bank to fund his travel to join the terrorist group by pretending it was for a wedding.