An amendment to the customs bill that would stop the UK from collecting tariffs or taxes for the EU without reciprocity barely passed in the House of Commons, as Theresa May’s cabinet suffered another casualty.

Prime Minister Theresa May’s decision to side with Conservative Brexiteers and throw her political weight behind the clause has alienated many moderate Tories. However, the resignation of Minister for Defence Procurement, Guto Bebb, who voted “Remain” in the 2016 referendum, has come as a shock for many. 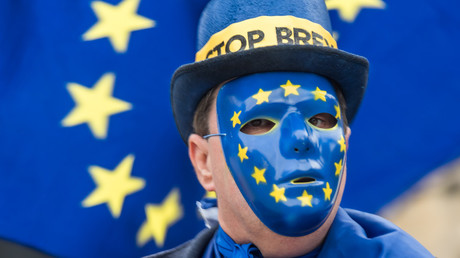 Bebb, Welsh MP for Aberconwy, stepped down from the office he held since January at the last minute so he could align with Labour in rejecting the amendment during the evening vote.

Bebb has become yet another Tory minister who would rather part ways with the May government than agree to her contentious negotiation strategy. Before him, the former Foreign Secretary Boris Johnson and Brexit Minister David Davis trotted down the same path, resigning from the cabinet over what they’d blasted as May’s ill-conceived vision of Brexit.

The new Clause 36 of the Cross-Border Tax Bill passed with a vote of 305 in favor and 302 opposed. It prevents Britain from collecting EU tariffs or taxes after Brexit, scheduled for March 2019, unless there is a reciprocal arrangement.

Though it had the backing of Theresa May’s government, the amendment was put forth by a Tory faction favoring a hard Brexit, led by MP for North East Somerset Jacob Rees-Mogg.

House of Commons votes 305 to 302 to approve New Clause 36 of the #CrossBorderTaxBill.
This clause prevents the UK Government collecting taxes on behalf of another territory or country, unless this were done on a reciprocal basis. pic.twitter.com/11GAqtNMmF

Anna Soubry, MP for Broxtowe in Nottinghamshire, delivered a fiery speech in the Commons to lament that “thousands of jobs will go” unless the government ensures “frictionless trade” with the EU.

Soubry described the tariffs amendment as the “stuff of complete madness” and denounced her “ideologically driven” colleagues with “gold-plated pensions and inherited wealth.”

“One must wonder now, who is in charge? Who is running Britain? Is it the prime minister or is it the honourable member from North East Somerset,” she concluded, pointing to Rees-Mogg.

Soubry went so far as to invoke Margaret Thatcher, PM from 1979 to 1990, in favor of her argument against a hard Brexit.

Labour MP Stephen Kinnock has branded May’s decision nothing short of “capitulation” to the Brexiteers.