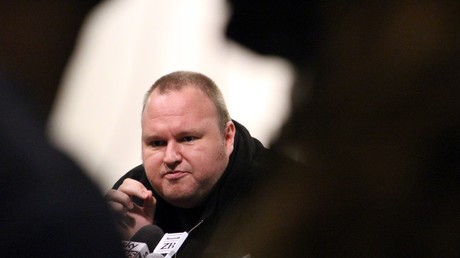 Kim Dotcom has slammed ‘deep state’ Facebook and Twitter for meddling in US elections, warning they do ‘100 times’ more damage to democracy than all foreign meddlers combined.

I wouldn’t be concerned about Russian meddling in US elections.

Zuckerspy and Jack the Ripper are doing 100 times more harm to democracy than all foreign meddlers combined.

The MegaUpload founder went on to accuse Facebook founder Mark Zuckerberg and Twitter’s Jack Dorsey of doing “100 times more harm to democracy than all foreign meddlers combined,” and anointed the pair with catchy nicknames, “Zuckerspy and Jack the Ripper.”

Dotcom’s harsh words for the social media giants come in the midst of reports that Twitter is using shadowbanning to help Democratic candidates over Republicans.

Shadowbanning is a technique employed by Twitter to prevent a user from reaching its full audience. In many cases, an account’s content will be unable to be retweeted, and the reach of tweets are severely limited. The company recently responded to the accusations, claiming they don’t shadowban, despite the fact that a January undercover report from Project Veritas showed a Twitter employee saying the opposite.

Dotcom, who is involved in campaigning for WikiLeaks founder Julian Assange, is among those to report their tweets on the topic are not being seen by the expected number of people.

Dotcom has long threatened to set up his own social media network which would not have the same censorship and Deep State interference. He has also offered a $100,000 reward for anyone who can leak evidence of Twitter’s shadowbanning database.

The fallout for Twitter is just beginning. Launching a real Twitter competitor with innovations that empower the user and protect free speech would be a big hit. Everything I ever created had over 100 million users. This could launch in a year. It’s a no-brainer. Want to invest?

Twitter stock will tumble. With a totally overvalued market cap of $31.7 billion and a PE ratio of 90 you simply can’t afford to censor your users @jack. Twitter may easily lose 50% of its value this year. All because of political bias. https://t.co/YshtoqyTEk

Do you want @jack to end Twitter censorship and shadowbanning?

Dotcom also took aim at Microsoft, Apple and Alphabet, Google’s parent company, saying they are “the worst of all deep State collaborators” because they “contain the most backdoors, they supply the most data and technology to the Deep State making spying on all of us easier.”

The worst of all Deep State collaborators are Microsoft, Apple and Alphabet (Google). They contain the most backdoors, they supply the most data and technology to the Deep State making spying on all of us easier. Those spy companies pretend to be on your side but they are not.