He is playing a winner’s game, and will drive Britain to the edge of greatness – or he’s about to bring the nation crashing out of the EU with no trade deal and bad blood between the UK and the bloc.

David Davis MP has insisted he is seeing success in Brussels, and marching forward with a deal which will better Britain’s global standing.

The problem is, right now, he seems to be the only one saying it.
On the other side of the divorce table, his counterparts have been increasingly critical – while on home turf, support appears to be fading.

Britons are growing tired of the near constant veil of secrecy as the Brexit boss’ answers direct questions ambiguously on what exactly his department is aiming for in talks. 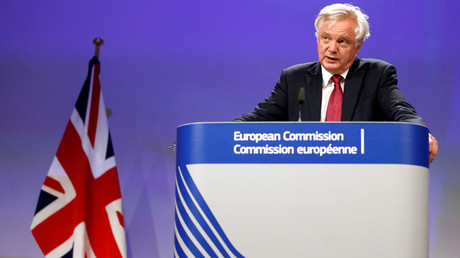 The strategy of the Brexit team has been kept quiet, and as the 2019 deadline approaches, tensions are running high.

The Brexit secretary has been branded “unstable” and “lazy” “clueless” and in one harsh outburst – “thick as mince” – while supporters have insisted his constant question dodging is giving Britain the upper hand.

Minutes from a meeting of the European Commission in July, which emerged this week, revealed Jean-Claude Juncker questioned the “stability” of David Davis.

The EC president went further, insisting Davis’ personal performance “risked jeopardising the success of the negotiations” of Britain and Brussels.

Top EU officials – including Juncker – questioned the minister’s “priorities” as the first round of negotiations got underway.

“He noted in this regard that David Davis, the Secretary of State for Exiting the European Union, did not regard his direct involvement in these negotiations as his priority and there was also a possibility that he might not be present at the full opening session of the July cycle of talks,” the minutes said.

One of the most cutting outbursts since negotiations began came from the leader of the Vote Leave campaign.

Dominic Cummings called David Davis “thick as mince” and “lazy as a toad” as he slammed changes to the Great Repeal Bill – now the EU (Withdrawal) Bill.

The draft which is being debated in Parliament sets out how ministers can adapt EU laws into the UK post-Brexit.

However, opposition campaigners say it will give the Tories the ability to change law as they please.

Critics also claim Davis has left the door open for Downing Street to pull a U-turn and cave to EU demands at the 11th hour.

Former employee James Chapman, who worked at the Department for Exiting the European Union (DExEU), launched a scathing attack on his ex-boss last month, hot on the heels of comments from Cummings.

The ex-DExEU man said Davis works a “three-day-week” and has Nigel Farage “on speed dial” – implying he could be taking direction from the former leader of UKIP when it comes to Brexit.

The comments were later denied by Davis.

After four days of talks which ended in a deadlock, a week ago, the EU’s Brexit chief, Michel Barnier, delivered his most scathing attack on Davis to date.

“The UK wants to take back control, wants to adopt its own standards and regulations, but it also wants to have these standards recognised automatically in the EU,” Barnier told a news conference.

“This is simply impossible. You cannot be outside the single market and shape its legal order.”

Barnier accused the UK of being “unrealistic” as the sides failed to agree on a final settlement for the split as the EU demands Britain meets its financial obligations.

However, it was leaked plans for immigration which caused the biggest wave of anger across Britain.

The leaked 82-page document revealed the Tories could bring in a cap for low skilled workers and introduce skills ‘tests’ to decide whether an EU migrant is worthy of a place in Britain. 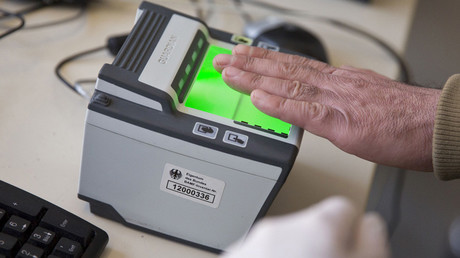 A minimum income threshold could be brought in under plans from Davis’ team, as well as Britain having the right to send people home after two years, and give them ID cards.

London Mayor Sadiq Khan called the plans a “blueprint on how to strangle London’s economy” on Twitter.

The Brexit secretary’s Brussels schedule baffled ministers in July when he spent just minutes in a meeting with Brexit chief for the EU, Michel Barnier.

His lightning quick trip drew criticism from across Britain but the Department for Exiting the EU played down insistence Davis was “unprepared.”

Davis, who was first elected in 1987, has faced a barrage of criticism, yet fans claim he is keeping up a play of “constructed ambiguity” to dodge being backed into a corner by Brussels.

He has 18 months to prove them right.