US whistleblower Daniel Ellsberg, who helped end the Vietnam War by releasing the so-called Pentagon Papers, has told RT that there may be similar documents on Afghanistan and Iraq. He is calling on whistleblowers to end those wars and prevent one with North Korea.

In 1971, Ellsberg exposed the secret history of the Vietnam War when he leaked the Pentagon Papers – a study of US-Vietnam relations from 1945 to 1967 – to the New York Times and Washington Post, as well as other newspapers.

The documents detailed a pattern of deception around Vietnam, which spanned several successive presidential administrations, before the war even began.

In an exclusive interview, which airs Thursday on RT America and on Friday on RT International, Ellsberg says the US government most likely has similar documents about the wars in Afghanistan and Iraq.

“I suspect there is a lot of history of that written in CIA and White House annals,” Ellsberg told RT, adding that the war in Afghanistan “doesn’t just go back to 2001 or 2002, it goes back to 1979.” 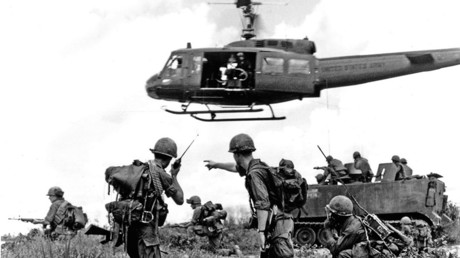 Ellsberg cited former President Jimmy Carter’s National Security Advisor Zbigniew Brzezinski, who revealed in his memoirs how the US “deliberately instigated attacks” on the pro-Soviet Afghan regime in 1979 in order to “bring in Soviet intervention into the war, like ours in Vietnam.”

About a million Afghans died as a result of the Carter administration’s support for Islamic fundamentalists, intended to give the USSR “their Vietnam,” Ellsberg told RT.

As a former military analyst, Ellsberg said he was certain that the government keeps documents like the Pentagon Papers about Iraq and Afghanistan. “That’s what they do. They document this sort of thing,” Ellsberg said.

The true history of the wars in Afghanistan and Iraq will not be known until someone leaks it, he added.

Ellsberg said there are “many people within the system” who know sending more troops into Afghanistan will not end the war. He added that if such people had revealed this information to the public, the US could have avoided the wars in Afghanistan and Iraq.

“If such people had told us before our attack on Iraq, which hundreds to thousands could have done that, if they had really informed Congress and the people to that, there might have been no last 16 years of war in Iraq and same in Afghanistan.”

“We very much need that for North Korea and the return to Afghanistan,” Ellsberg told RT.

After releasing the Pentagon Papers, Ellsberg was charged under the 1917 Espionage Act. He initially faced 115 years in prison, but the charges were later dropped. 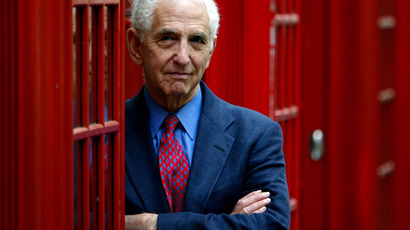 “I know lawyers that are close to this who believe there will be prosecutions against journalists for the first time,” Ellsberg said.

Attorney General Jeff Sessions, who has promised that he will go after whistleblowers, will be able to use modern electronic surveillance technology to identify leakers and reporters’ sources much easier, he added.

The Espionage Act was originally intended to punish spies stealing information to help the interests of a foreign power, but its wording makes no distinction between spies and journalists and their sources, Ellsberg said. The law would allow prosecutors to charge anyone who has “unauthorized possession” of classified information or passes it onto a reporter, regardless of the leaker’s motive.

“There’s nothing in that act that allows the defendant to argue that he or she was trying to help the interests of the United States and that no harm was expected or resulted,” Ellsberg told RT.

When Chelsea Manning was charged, the government did not show any evidence that the information she leaked caused any harm, according to Ellsberg.

“We can strongly infer that there was no such harm,” he said. “However, in her trial she was not allowed to bring that point up at all, nor was I in my trial.”

Ellsberg said that during his trial, he was not allowed to explain why he copied the Pentagon Papers, which he called an “unconstitutional infringement on freedom of speech.” He has advocated for Congress to revise the Espionage Act and to add a public interest defense clause.

“We do need people like Chelsea Manning and Edward Snowden, who have a high level of access. Neither of them were at high levels, but they had good access – as I did – and they each selected, by the way, as I did, information that we thought would not harm the security of the United States, but which the public needed to know,” Ellsberg said.