The Dakota Access pipeline already had its first leak – 84 gallons of oil – at a pump station in South Dakota in early April, sparking outrage and calling into question its environmental safety. 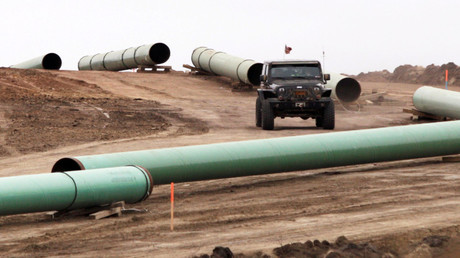 The long-debated pipeline leaked crude oil on April 4 in Tulare Township in Spink County, according to the South Dakota Department of Environmental and Natural Resources. Reports of the incident emerged just several days before the pipeline becomes fully operational.

The Standing Rock Sioux Tribe, which protested the planned pipeline and warned of potential threats to drinking water supplies and the environment, condemned the incident.

“The Dakota Access pipeline has not yet started shipping the proposed half million barrels of oil per day and we are already seeing confirmed reports of oil spills from the pipeline. This is what we have said all along: oil pipelines leak and spill,” Standing Rock Sioux Tribe Chairman Dave Archambault II said in a statement.

He added that apart from the tribe’s resources, there are “17 million people whose drinking water is at risk.” He also hopes that the ongoing lawsuit against the project will prevent further accidents.