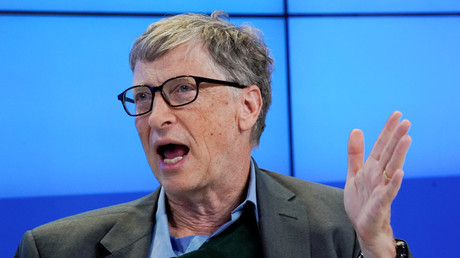 Microsoft founder Bill Gates has expressed major reservations about cryptocurrencies, warning that due to their use in the purchase of illegal dangerous drugs, crypto is actually killing people “in a fairly direct way.”

During a Reddit ‘Ask Me Anything’ session on Tuesday – his sixth on the forum – Gates discussed various issues, from quantum computing, to how automation will affect society, and the technological advances he’s most looking forward to over the next decade.

Then Redditer Askur1337 posed the question: “What’s your opinion on Crypto Currencies?” The tech billionaire responded with a word of caution, flagging his concerns over both anonymity of cybercurrencies and, more ominously, their role in “causing deaths.”

Because of the anonymity it provides its users, cryptocurrencies such as bitcoin – unlike credit cards – can be used to buy fentanyl and other drugs on the dark web, Gates described it as “a rare technology that has caused deaths in a fairly direct way.”

A powerful opioid, fentanyl has been linked to a spike in deaths in the United States’ ongoing opioid epidemic, with users either taking it directly or buying it from dealers who have cut it with heroin.

In January US President Donald Trump signed into law an ‘anti-fentanyl’ bill, called the Interdict Act, in a bipartisan effort to provide extra funding to US customs agents for additional portable chemical screening devices to check travelers, mail and packages for the illegal substance.

Gates didn’t stop there with his criticism of cryptocurrencies. “The main feature of crypto currencies is their anonymity. I don’t think this is a good thing,” he remarked in the Reddit AMA. “The Governments ability to find money laundering and tax evasion and terrorist funding is a good thing.”