The UK mum was tied up, shoved into the back of a car, and held captive after flying to Milan for what she believed would be a luxury photoshoot, it is claimed.

The trial of Lukasz Herba began in Italy on Wednesday, with the Polish man accused of planning to sell the model as a sex slave. Chloe, 20, was drugged and held captive in an isolated farmhouse for six days before being released, a court was told. 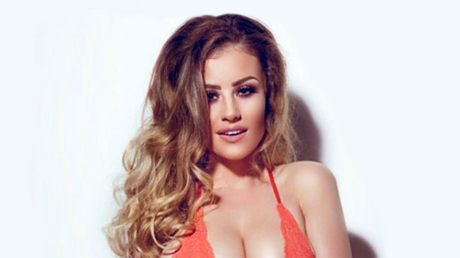 The mother-of-one states that her capture was botched when the men realised she had a child. They proceeded to leave her in a suitcase outside the British consulate in Milan last July.

The prosecutors at Milan’s main criminal court say the model from Coulsdon, South London, would have been sold for a quarter of a million pounds.

Herba arrived at the Corte d’Assise today for a trial expected to last several weeks, during which prosecutor Paolo Storari is reported to be calling more than 50 witnesses.

The accused, who faces up to 25 years in prison, claims the abduction was a publicity stunt and Ayling had agreed to take part in the plot with him and his brother Michal

The other Herba brother is in prison in Britain, awaiting extradition to stand trial in Italy.

Lukasz Herba is accused of being part of the so-called ‘Black Death’ group on the “dark web.” It is reported that users of the dark web pay huge fees to buy women who have been kidnapped from across Europe. Herba reportedly handed Ayling a business card for Black Death when he let her go.