From the “War is Peace” department…
WRITTEN BY JOHN NOLTE

America enjoys a winter filled with tons of snow and frigid cold weather and out pops the Climate Hoaxsters to assure this kind of weather only further proves our planet is getting, um… warmer.

“In the beautiful Midwest, windchill temperatures are reaching minus 60 degrees, the coldest ever recorded,” he tweeted. “What the hell is going on with Global Waming? [Sic] Please come back fast, we need you!” 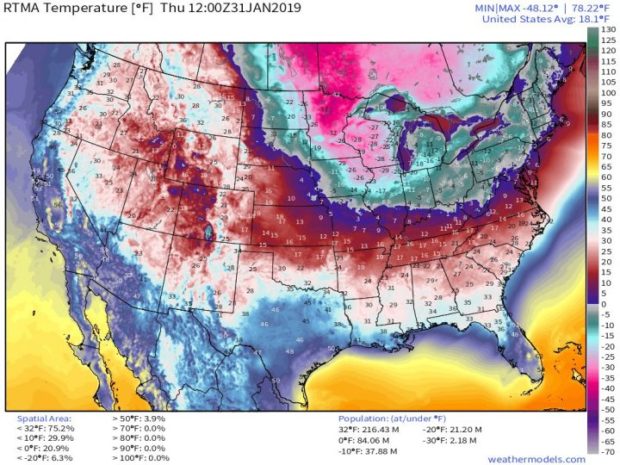 “What Trump keeps getting wrong about Global Warming,” the Washington Post helpfully reports.

But here is my personal favorite headline from, where else?, NBC News…. “Yes, it can be this cold outside in a time of global warming.”

There are three Party slogans in George Orwell’s 1984, his masterpiece about an all-controlling centralized government that runs on lies, terror, and propaganda. See if you can pick out which Party slogan I invented among the four:

The Climate Hoaxsters say that this run of cold weather does not mean the planet will not warm over the course of years, which would sound reasonable if these were not the same Climate Hoaxters who told us Global Warming meant the…