The only “enemy combatant” in the War on Terror arrested on US soil now insists he was innocent and demands that those who allegedly tortured him while he was in confinement at a South Carolina naval base be arrested and tried.

Ali al-Marri, a Qatari citizen, was detained in December 2001 in Illinois. Police later found fake IDs, a printout of 1,750 credit cards, information about toxic chemicals, detailed information about US waterways and extremist Islamist literature in his possession.

In 2003, after being reclassified as a military adversary, al-Marri was transported to the Naval Consolidated Brig in Charleston, and six years later he took a plea deal when facing trial. As part of it, he admitted that he had been in contact with 9/11 mastermind Khalid Sheikh Mohammed, visited multiple terrorist training camps and traveled to the US in anticipation of further instructions from Al-Qaeda, to whom he pledged his loyalty. 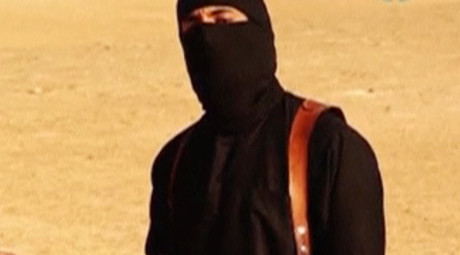 He was released in 2015 and traveled back to Doha, where he was hailed as a hero and has now launched a campaign to clear his name with the aid of CAGE, a controversial UK-headquartered Muslim advocacy group.

“Everything in that plea bargain that has to do with Al-Qaeda and terror is 100% false,” he told the Guardian. “My battery was at 1%, I’m done. From seven years of isolation, I missed my kids, my wife. To kiss my mum before she died outweighed my need to show innocence. In the military jail there’s no light at the end of the tunnel.”

Al-Marri has repeatedly insisted that he was mistreated while in the military jail, and his sentencing judge even admitted that his conditions were “unacceptable” factoring the circumstance into the verdict.

“I was treated the worst of any inmate in America. I had no mattress, no blanket, no pillow, no Koran or prayer rug. I had no idea which way is Mecca, so I prayed each way each time,” al-Marri told the Guardian.

His most potent accusation is that he was “dry-boarded” on one occasion in 2004 in the presence of three FBI agents, including Ali Soufan, a prominent former FBI agent, author and terrorism expert. Dry-boarding involves stuffing a sock in the subject’s mouth and taping it up, to make him feel like he is choking, in a bid to get him to reveal information.

Al-Marri’s lawyers have lodged a request for an arrest warrant for Soufan with the Met Police War Crimes Unit in London.

“We have been forced to seek justice outside of the US, when it was denied to my client inside. The systematic programme of torture coerced him into accepting a lie in order to return home. Now we have an opportunity to redress this wrong by highlighting how torture took place, and who was involved,” wrote his legal representative, Andrew J. Savage of the Savage Law Firm, in a statement published by CAGE, which urged NGOs in other countries to launch separate legal proceedings against Soufan.

The former interrogator, who has publicly spoken out against torture, has rejected “false allegations by a convicted terrorist [that] have absolutely no basis in fact.”

I have spent my entire career following the law and upholding the constitution. I will continue to stand for justice, truth, accountability, and building trust between communities and institutions. The false allegations by a convicted terrorist have absolutely no basis in fact.

The FBI has also batted away the charges, telling the Guardian that it “does not engage in torture and we maintain that rapport-building techniques are the most effective means of obtaining accurate information in an interrogation.”