Gitmo is something of a judicial black hole – a prison on a US naval base in Cuba that has held a group of men for 14 years without going to trial. Lawyers defending detainees describe a process that is “Kafkaesque” and during which all victories are short-lived.

Habeas corpus is legalese for the right to be relieved of unfair or unjust imprisonment. It is so integral to the US that it is written into the Constitution. However, that section outlines the judicial branch, which does not extend to the US base located 534 miles south of Key West, Florida.

When detainees first arrived at the detention center, they were cut off from all resources. Thomas Wilner represented a dozen Kuwaiti detainees after being contacted by their families in 2002 and described the first roadblocks he faced when trying to represent his clients.

“We were not allowed to see our clients. The parents weren’t allowed to see them, they were not entitled to counsel and the government wouldn’t give us any information about them, all we had was their name,” he told RT.

When Wilner demanded his clients receive their right to an attorney and to a trial, he hit a wall.

“[T]he US government took the position, because they were holding them in Guantanamo, which is technically outside US sovereign territory, that they had no constitutional rights and no access to our courts.”

With that logic in place, Guantanamo became the location for many a Sisyphean story, such as Mustafa al Shamiri, who was detained for 13 years accused of being a senior Al-Qaeda trainer in Afghanistan.

Al Shamiri was cleared for release in January 2016 after an assessment determined that the activities in which he was accused of being involved were actually “carried out by other known extremists with names or aliases similar to” his own. 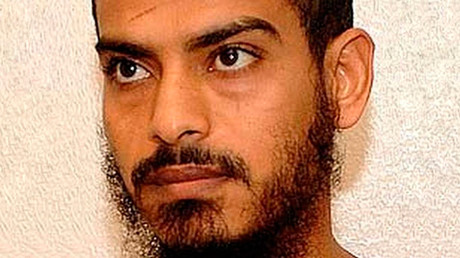 Although Shamiri was not the jihadist the US government was seeking, he may have been lucky to have been accused of anything. Not all Guantanamo detainees have this privilege.

Gary Thompson is the attorney for Ravil Mingazov, a Russian citizen who has been detained in Guantanamo Bay since 2002, despite having no charges or even accusations of wrongdoings.

Thompson brought Mingavoz’s case to an independent federal judge, who “determined that there was no support whatsoever for the government’s case and independently ruled that he should be released.”

That was in 2010. Mingazov has yet to leave Guantanamo, due to a series of appeals by the government that grant a stay of his release.

“I don’t think there’s any doubt that the government has been engaging in intentional delay at every step of the Guantanamo story, whether it’s the military commissions, whether it’s the DOJ lawyers and habeas proceedings,” Thompson said, adding that “all of it has been this long, torturous, Kafkaesque legal maze that just goes on and on and on and is really quite frustrating.”

Mingazov’s case shows one road that Guantanamo detainees can be forced down.

James G. Connell, III represents Ammar al-Baluchi, a Guantanamo detainee since 2006. Al-Baluchi faces charges for war crimes. Despite the “high-value detainee” label the government has placed on him, the likelihood of him receiving a fair trial is slim. If something about al-Baluchi seems familiar, he was played by actor Reda Kateb in the film Zero Dark Thirty.

For those unfamiliar with the film, Ammar al-Baluchi is seen being tortured in the film.

The real al-Baluchi has also claimed to have been tortured in a CIA black site. However, the government will not tell al-Baluchi’s attorney any of the details about what his client did or did not experience.

“The government has turned over more information to the filmmakers of Zero Dark Thirty about his torture than they’ve turned over to us. We have exactly zero information about what happened to him in the black sites that hasn’t been released to the public,” Connell explained.

A part of al-Baluchi’s battle is going through military commissions that are similar to standard US judicial proceedings, but with some key differences that make Connell pine for federal review of cases. For cases like Thompson’s that went to a federal judge for review, he was heard by an impartial judge with a lifelong appointed position.

“In the military commissions, everyone involved – the prosecution, the judge, the eventual jury-like panel of military officers and indeed, almost all of the defense works for the Department of Defense,” Connell explained, adding, “There’s no independents, there’s no impartiality.”

However, even going through the federal systems has limitations that are unique to Guantanamo detainees.

“You have the federal courts involved and that’s, that’s fine but these guys are still at Guantanamo,” said Pradhan. “The court rulings are actually being completely disregarded in the name of ‘National Security’ and I put that in scare quotes because that’s the phrase that the government uses to justify everything at Guantanamo.” 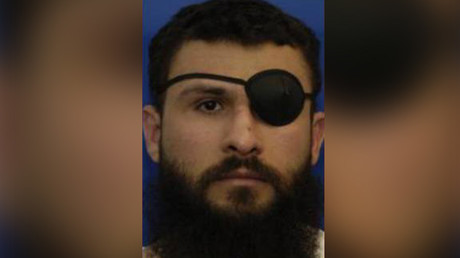 The red tape used by the US government is not going anywhere. In fact, it may be getting worse.

“The judge at Guantanamo has ruled that even if these men are acquitted, even if they’re found not guilty, they won’t be released. They’ll just go back into long-term, indefinite law-of-order detention,” Connell explained. “So one really has to ask, what is the point of these trials?”

Shaker Aamer likely asked himself this question often during his 13-year long detainment in Guantanamo without being charged for anything. Pradhan explained that Aamer had been cleared for release not once, but twice by two different administrations.

“And we’re just still down there waiting, waiting for the State Department to get their act together,” she said.

“You try explaining that to someone who has been incarcerated under the worst possible conditions for upwards of 11,12, 13 years,” said Pradhan, “it’s just, it’s really, really difficult.”

While the light at the end of the tunnel may dim for the detainees, Thompson is holding out for a bold move.

“Guantanamo absolutely can close; the president has the authority to do that tomorrow,” Thompson said. “He promised that he would close it; we shared that great news with our clients shortly after Obama took office. He’s not lived up to that promise but he still can by the end of his term; he can completely shut down Guantanamo.”

However, neither Pradhan nor Connell shared his enthusiasm, saying Obama’s plans to close Guantanamo were actually merely “relocating Guantanamo with the conditions they’re in to the United States.”

“Guantanamo can close but won’t. It’s just business as usual down there.”