After hammering out the finer details in an early morning meeting, Theresa May and President of the European Commission Jean-Claude Juncker have struck a deal, allowing Brexit to advance to stage two which will see talks on the future trading relationship.

Theresa May, who arrived in Brussels before the sun was up has confirmed that there will be no hard border for Ireland, whether that be “north, south, east or west”. She confirmed that the deal will maintain the integrity of the internal market in the UK.  In a Friday morning news conference, she denied the deal is any kind of special treatment for Northern Ireland.

May said she will write to the people of Northern Ireland today “to set out our approach”.

Juncker confirmed on Friday morning that a successful deal has been struck.

“We have now made the breakthrough we needed,” he said.

“Today I am hopeful that we are now all moving towards the second phase of these challenging negotiations.”

He said the agreement is “of course a compromise”.

Shortly after May’s arrival in Brussels, Juncker’s chief of staff Martin Selmayr tweeted a picture of a chimney spewing white smoke – the signal used by the Vatican to signal the unanimous election of a new pope.

Following her early morning meeting with Juncker, May moved on to a meeting with President of the European Council Donald Tusk, who confirmed that he has received advice to proceed with Brexit talks.

Tusk also said that the UK has requested a two year long transition period, and in return the UK will need to adhere to laws set by the EU, which will include any new laws, budgetary decisions and judicial oversight. 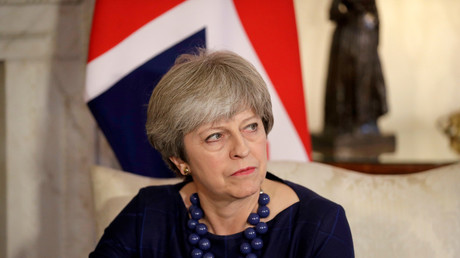 Tusk did say that more emphasis needs to be on the future of the UK/EU relationship. He stressed that he hopes the EU and Britain can maintain a close partnership across policy and trade.

“We are ready to start preparing a close UK-EU partnership in trade but also fight against terrorism and international crime, as well as security, defence and foreign policy,” Tusk said.

Downing Street later confirmed the final Brexit bill is expected to be between £35bn and £39bn ($52bn).

However, it is likely to rise during a yet to be confirmed transition period.

Despite the Friday morning jubilation, Tusk snuck a barb in his comments to the media, highlighting the time left after delays and early-exit bungles.

“So much time has been devoted to the easier part of the task,” he said. “And now, to negotiate a transition arrangement and a framework for our future relationship, we have de facto less than a year.”

The joint report from the EU negotiators and the UK Government, which will be tabled at a meeting of the European Council on December 14, sets out the arrangement in full. The agreement will not be considered complete until it has been ratified at next week’s meeting.

“I also look forward to next week’s European Council meeting, where I hope and expect we will be able to get the endorsement of the 27 (member countries) to what is a hard-won agreement in all our interests,” May said.

In the report, the United Kingdom laid out its commitment to a soft Irish border.

“The United Kingdom remains committed to protecting North-South cooperation and to its guarantee of avoiding a hard border….the United Kingdom will maintain full alignment with those rules of the Internal Market and the Customs Union which, now or in the future, support North-South cooperation, the all-island economy and the protection of the 1998 Agreement,” the report said.

“This has been a difficult negotiation, I hope both sides are happy with what we have,” he said. “It puts a floor in terms of what’s possible in the outcome.”

Courts in the UK will preside over the rights of EU citizens residing in the UK, however if there are any cases that require clarity they will be referred to the European Court of Justice. Citizens with permanent residence documents should get new ones issued to them for free. Citizens can also be absent for up to five years without losing any of their legal rights.

#Brexit#citizensrights 1)All rights & benefits covered 2) No more”settled status”3)Direct effect in UK law 4)ECJ binding. But withdrawal agreement for EP only if 1)Also for future partners covered 2)One cost-free declaration per family 3)Free movement of UKresidents in whole EU

So called Brexit bill means we scale down our billion pound a year membership fees. Payments far lower than if we were staying in 4/

UK will obey EU regulations without any say in them, European Court supremacy in some areas and EU payments continue for years, no border checks in Ireland, EU Citizens rights in UK guaranteed. This, apparently, is what ‘Brexit means Brexit’ means – for now?

Any unclear cases will be referred on to the European Court of Justice for eight years following Brexit.

The joint report also specifies freedom of movement for British and EU citizens – UK citizens may move from one EU state to another and keep the same rights.

“Equal treatment” will cover rights for “workers, [the] self-employed, students and economically inactive citizens with respect to social security, social assistance, health care, employment, self-employment and setting up and managing an undertaking, education (including higher education) and training, social and tax advantages.”

The European Union’s chief Brexit negotiator, Michel Barnier, has told the media that it is impossible to specify the amount that the UK will have to pay to leave the EU because numbers are always subject to change – but Britain must have withdrawal agreements ready by October.

“I have never quoted any figures and will not start today… because they can change,” Barnier told a news conference. “We will need to have the final version of the withdrawal agreement ready by October 2018, in less than one year.”

Barnier said he was satisfied with the agreement made between the EU and UK.