Allegations of Russia exploiting internet giants to meddle with the 2016 US election are “dead and buried,” says former MP George Galloway. His comments follow a report by Google stating there is no evidence RT violated YouTube terms and conditions.

On Tuesday, Google published the findings of a probe into the potential of RT using the world’s biggest video platform for political purposes. It stated the investigation failed to find any substantive proof that the news channel manipulated videos or otherwise violated YouTube policies. 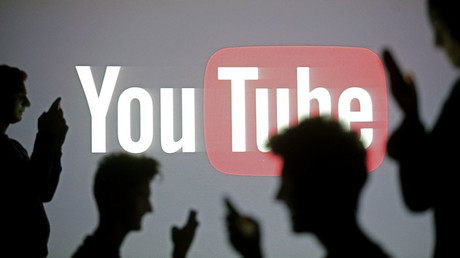 The US technology giant is due to testify, alongside Facebook and Twitter, before the US Senate Judiciary Committee’s panel on Crime and Terrorism on Wednesday over Russia’s alleged use of the media platforms to influence the US election.

The Google report found that two accounts linked to the Internet Research Agency, a Russian-based NGO, spent a total of £4,700 on the search and display ads.

Unsure whether “to laugh or cry” over the meagre sum, Galloway said: “They [internet giants] are all doing this, ironically, to please another state – not Russia, but the US.

“It is an attempt to be on their knees as they go before the Congress later today,” Galloway said.

He added the whole situation is “demeaning and degrading to the companies and the people who fell for the earlier propaganda.”

Back in October, Google-operated YouTube yanked RT from its premium program amid concerns over the network’s use of the service.

Although Google admitted it found no evidence of wrongdoing just a month later, it failed to give RT the privileged status it had held since 2010.

Galloway said, in light of the new findings, YouTube it should “reinstate RT as a matter of urgency” if the platform has “any sense of decency.”

He called for the creation of more social media platforms to rival Facebook and Twitter that cannot be “so easily beholden to any government,” be it the US or Russia.