Newly released data from the FBI shows hate crimes rose 4.6 percent in the US last year compared to 2015. More than half of the crimes were motivated by the victim’s race. However, some civil rights groups say the final figures are ill-conceived.

The data released by the FBI Monday shows that a total of 6,121 hate crimes occurred in 2016, compared to the 5,850 reported in 2015. Nearly 59 percent of the victims highlighted in the figures were targeted because of their race, 21.1 percent were targeted for their religious beliefs and 16.7 because of their sexual orientation.

The FBI traditionally defines hate crimes as being limited to crimes “in which the perpetrators acted based on a bias against the victim’s race, color, religion, or national origin.”

When it came to race-related incidents, more than half were labeled anti-black and some 20 percent were anti-white. The figures representing religious-related crimes, showed that more than half of the acts were anti-Jewish, and a quarter were anti-Muslim. 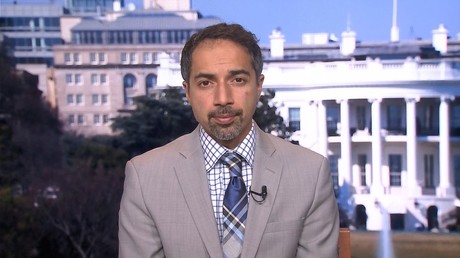 And in cases where police were able to identify the perpetrator, 46.3 percent were white and 26.1 percent were black.

The information released Monday is based on voluntary reporting by nearly 16,000 local law-enforcement agencies.

But some civil-rights groups have already reacted to the new numbers, and concluded that hate crimes are still being underreported.

The Anti-Defamation League stated that nearly 90 cities with 100,000 people, or more, either reported zero hate crimes, or did not report data at all in 2016, NPR reported.

“There’s a dangerous disconnect between the rising problem of hate crimes and the lack of credible data being reported,” ADL CEO Jonathan A Greenblatt said, according to NPR.

The ADL chief  has now suggested an “all-hands-on-deck” approach in order to collate better nation-wide figures on the problem.

And Sam Singh, the national advocacy manager of the Sikh Coalition, pointed out that the new statistics only count seven anti-Sikh hate crimes in 2016. Singh said this figure only “represents the tip of the iceberg,” NPR reported.

Singh added: “If law-enforcement agencies fail to document the true extent of hate crimes against our communities,” then “our nation will have a hard time mobilizing the political will and resources necessary to prevent and combat the problem.”

He said the only way to fix the under-reported statistics, is for law enforcement to adopt practices requiring mandatory hate crime reporting.

As the final numbers begin to be called into question, it should also be noted that there has been a wave of hoax hate crimes in the US in recent months.

Earlier this year, a man named Joshua Witt, who claimed he was stabbed in a parking lot in Colorado for allegedly looking like a neo-nazi, subsequently conceded that he made the whole thing up during an interview with police a little over a week following the false report.

Also in the earlier part of 2017, a spate of hoax hate crimes related to fake bomb threats being called into Jewish centers across the country, were later discovered to have been falsely made by dual Israeli-American citizen, Michael Ron David Kadar.

Kadar was brought into custody for his crimes while in Israel after he was discovered as being part of a dark web money-making scheme.

And in December of 2016, a teen named Yasmin Sewied fabricated a story about being attacked by men screaming “Donald Trump.” Sewied also said the men were spewing Islamophobic abuse at her. Her story quickly went viral, but was subsequently debunked.

Compared to hate crime data released by the FBI in 2014, there has been a 10 percent increase in these kind of offenses. A reason for the rise has not been given.