A quartet of civil rights groups have filed a lawsuit against the State Department for refusing to process applications from winners of the visa lottery program who hail from six Muslim-majority countries included in Donald Trump’s revised travel ban.

The State Department has refused to issue visas under Diversity Immigrant Visa (DV) Program despite awarding it through its lottery scheme. Civil rights groups are now are suing to get the lottery winners what they were promised.

Jenner & Block LLP, the American Civil Liberties Union (ACLU) of the District of Columbia, the American-Arab Anti-Discrimination Committee and the National Immigration Law Center filed the lawsuit on behalf of more than 90 Yemenis and Iranians who won the chance to immigrate to the US.

The State Department recently sent an email to lottery winners, which stated that “it is plausible that your case will not be issuable” due to the executive order, Reuters reports. 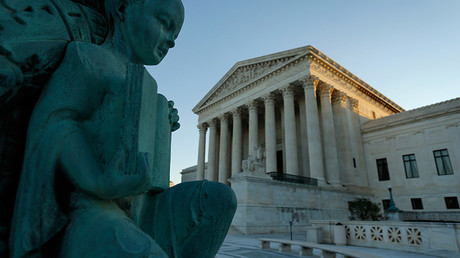 The lawsuit claims the State Department violated federal law when it adopted a policy that directed consular officials to deny visas to nationals from the countries barred from entry by Trump’s executive order.

After the Supreme Court partially reinstated Trump’s travel ban executive order in June, individuals from Iran, Libya, Syria, Somalia, Sudan who did not have “bona fide” connections to the US were temporarily blocked from traveling to the US.

Each year, the Diversity Immigrant Visa (DV) Program has awarded 50,000 visas to immigrants from countries that have historically low numbers of immigrants to the US. The winners are randomly selected from million of applicants. There were 9,388,986 individuals who applied to the program in 2015, according to State Department statistics. The number was around 14 million last year, according to Reuters.

Under the program, lottery winners must have their visas processed by September 30, or they will lose their slot and must enter the lottery again.

Trump’s travel ban is scheduled to expire six days before the deadline, but the lawsuit argues that it is “highly doubtful” that the winners would still receive their visas, since “there is little chance the government would process thousands of applications in the few days that would remain before the deadline.”

With such a small percent of the applicants ever winning the lottery, the groups argue that “the stakes are high and the situation is urgent.”

By refusing to issue their visas during the ban, the State Depart. is violating the law and threatening to run out the clock.

An anonymous plaintiff wrote a blog for the ACLU, describing how they spent thousands of dollars in order to enroll in the program. After winning the lottery, their future is now insecure with Trump in the White House.

“I don’t know when to give notice to my work or if we should sell our house. I can no longer envision what the future holds for us,” the blog reads. “Given the odds, I know that we won’t get this opportunity again.”

The lawsuit did not seek any part of the executive order to be overturned or changed, only for the lottery winners to receive the visas they were promised.

The Supreme Court is due to consider the constitutionality of the ban later in the year in a separate lawsuit.