CIA Director Mike Pompeo welcomed an acquiescent BBC into his Langley HQ for an interview that America’s adversaries may well hope was a demonstration of extreme irony, rather than official policy.

Pompeo has an impressive background, graduating first in his class from West Point, and editing the Law Review during his time at Harvard Law School. But far more impressive is his ability to not laugh out loud at his own statements.

I promise, I didn’t make that up. The CIA director actually said that. Historical coups and Saddam’s non-existent WMDS apparently don’t count in Pompeo’s world. 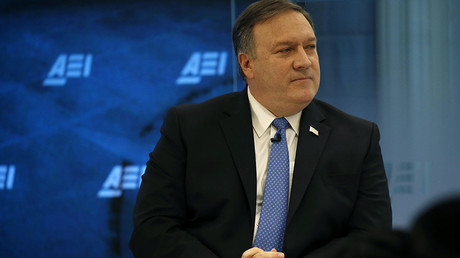 The usual suspects were in the firing line for the sit-down BBC interview: North Korea, China, Russia and Iran. The top trumps of global villains in the eyes of America.

We can only assume a dozen CIA snipers had their sights trained on the reporter posing the questions. Short of stroking the CIA director’s brow, it couldn’t have been a more comfortable experience.

Pompeo launched his PR offensive by claiming the CIA is “the world’s finest espionage service… we’re going to go out there and do our damnedest to steal secrets.”

It’s good that he admits this is the game the CIA is involved in, and it makes you wonder why the American government throws such a tantrum when it realizes every other country is doing exactly the same.

The people who should be most worried is probably the Chinese. Not the Chinese government, but normal Chinese people. Pompeo said: “The Chinese are very active… We can watch very focused efforts to steal American information, to infiltrate the United States with spies, people who are going to work on behalf of the Chinese government against America. We see it in our schools, we see it in our hospitals and medical systems. We see it throughout corporate America. It’s also true in other parts of the world… including Europe and the UK.”

Hey, erm, Mike. Some of those people are just school kids, nurses and business people who happen to look Chinese. Perhaps try and get a handle on that paranoia.

He called China a “bigger” threat than Russia. Moscow, I’m sure, will be glad of the day off. 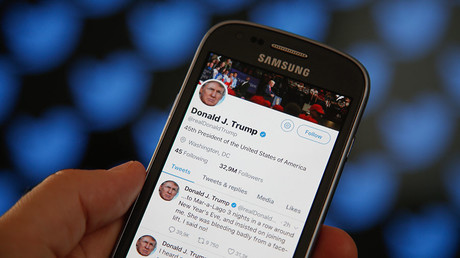 The BBC reporter then asked whether the CIA has “concerns” that Russia is planning to interfere in the mid-term elections. Of course he said “of course” and promised that America would “push back.” It’s a shame the journalist posing the questions didn’t push back and ask for evidence.

Pompeo’s views on Iran were a bravura performance in high satire. At least I hope they were. Try these comments out for size: “The non-nuclear Iranian threat is a very serious challenge to stability in the Middle East, and they are not a force for good.“

Here are those quotes again, but with some tiny edits. It’s amazing how well they still work: ‘The non-nuclear AMERICAN threat is a very serious challenge to stability in the Middle East, and they are not a force for good.’

Pompeo says he hopes Iranians rise up because “the Iranian people don’t support the kind of adventurism, the kind of military activities in places like Iraq that frankly just don’t benefit their country.”

I could change that quote too, but you get the point by now.

Pompeo did, however, provide genuine reassurance for anyone worried that the US president is not really like you and me. “[Trump] is curious about the facts that we present… he wants to understand why we believe them.”

The world is with you on that one, Donald.