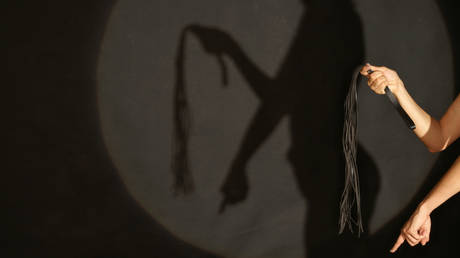 After Fox News host Tucker Carlson tried to emasculate MSNBC’s Chris Hayes by saying he is what men would look like if feminists took power, Hayes hit back with a satirical post about appeasing our future female overlords.

Carlson made the initial jab on Monday, mocking the liberal television host for his enthusiasm in hosting a town hall for Democratic rising star Alexandria Ocasio-Cortez’ much-maligned “Green New Deal.”

Chris Hayes is what every man would be if feminists ever achieved absolute power in this country: apologetic, bespectacled, and deeply, deeply concerned about global warming and the patriarchal systems that cause it.


Responding the following day, Hayes opted to adhere to Ocasio-Cortez’ declared policy of not resorting to ad-hominem insults, instead employing the more subtle art of satire. On his personal Instagram, Hayes posted a story that featured him at the gym beefing up… not in order to clobber Carlson for insulting his honor, but rather to appease a “femarchist junta.”

The response mocked the idea of some dystopian future where men live under the rule of totalitarian feminists that demand them to maintain good physical fitness. If Tucker’s assessment is anything to go by, Hayes might not actually mind such an outcome… it at least looks good for the quads.

Outside of bullying the “bespectacled” Hayes on the corporate news network playground, Carlson also took pot-shots at AOC, calling her “a moron and nasty” “more self-righteous than any televangelist,” and mocking her for not having any children… which admittedly did little to counter the freshman congresswoman’s claims that her opponents often resort to name calling over policy debate.

AOC, in turn, rushed to stand up for poor Chris Hayes, calling him a good father and telling Carlson to prepare to “get SPOOKED” for a future full of such positive parental relationships.

.@chrislhayes was just as excited to host a #GreenNewDeal policy town hall in the BX as he was to get home in time to take his child to gymnastics class.

If that’s the scary future feminists want, get SPOOKED bc the future is here and full of great relationships with your dad 👻 https://t.co/qwBC0ysoNB