The upcoming 2018 US midterm elections might be targeted by Russia, China, North Korea, and Iran, National Security Advisor John Bolton has warned, while declining to provide any evidence.

“I can say definitively that it’s a sufficient national security concern about Chinese meddling, Iranian meddling, and North Korean meddling that we’re taking steps to try to prevent it, so it’s all four of those countries, really,” Bolton told Martha Raddatz, co-anchor of ABC’s ‘This Week,’ on Sunday. 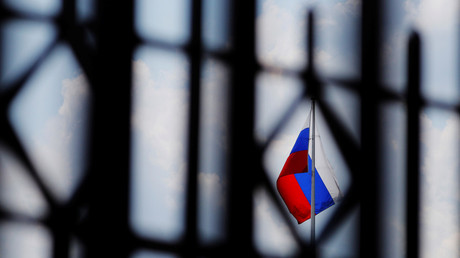 Bolton produced the remark when asked to elaborate on US President Donald Trump’s cryptic tweet that accused certain “fools” of looking only at Moscow while an election meddling threat might also be coming from Beijing. When confronted about what exactly China did to US elections in the past, Bolton dodged the question, simply reassuring Raddatz that the four countries could be seeking to tamper with the upcoming polls.

“I’m not going to get into the – what I’ve seen or haven’t seen, but I’m telling you, looking at the 2018 election, those are the four countries that we’re most concerned about,” Bolton stated.

With November midterms approaching, hysteria surrounding some sort of foreign meddling has intensified. Earlier this month, Director of National Intelligence Dan Coat claimed that while Russians have not yet launched a “robust campaign” to disrupt the polls, they are only “a keyboard click away” from a major election hack.

Some politicians, however, seem convinced that the pesky Ruskies have already put their hands on the elections. Leftist actress and activist Alyssa Milano, for example, has already managed to blame Russians for a narrow Democratic loss in Ohio. Meanwhile, Democratic Senator Bill Nelson has shown quite an obsession with Russian “penetration,” which supposedly occurred in “certain counties” of Florida ahead of the midterms – even though security officials said they found no evidence of any such breach. 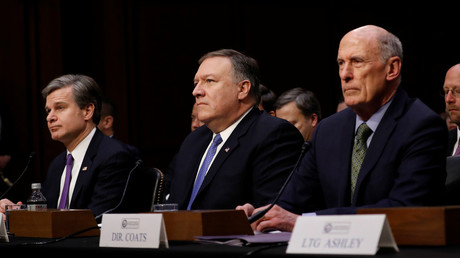 While Russia is the focus of the mainstream media on a daily basis, other possible ‘meddlers’ have also found themselves in the spotlight. Iran and North Korea have repeatedly been accused of state-sponsored hacking endeavors in the US, primarily revolving around theft. While Tehran has allegedly been focused on stealing secrets, Pyongyang’s “hacker army” presumably sought to make some money for the country. North Korea was officially blamed for the WannaCry ransomware attack, in a claim based on “evidence” which was never presented.

Fears of alleged Chinese malicious actions of all sorts persist in the US, as many top politicians believe that China has a “long-term strategy to replace the US as the most powerful and influential nation on Earth,” and might simply want to harm Washington since it has different “values.”

Apart from politicians, the “China scare” has been passionately trumpeted by the US military over the past few years. The Pentagon’s annual assessment of China’s military capabilities, published this week, painted quite a grim picture. Beijing’s air force, according to the report, has “rapidly expanded its overwater bomber operating areas…and [is] likely training for strikes against US and allied targets.” Moreover, the report claimed that China is developing “kinetic-kill missiles, ground-based lasers, and orbiting space robots” to target US satellites in space – just as Donald Trump works to get his much-touted “Space Force” off the ground.