The US Constitution explicitly forbids government censorship. So the Silicon Valley big tech companies named themselves the gatekeepers of goodthink, de-platforming anyone who runs afoul of their arbitrary ‘community standards.’

Alex Jones, the host of InfoWars, has often been derided by establishment media as a conspiracy theorist. Yet on Monday, Apple, Spotify, YouTube and Facebook proved right the motto of his show – “There’s a war on for your mind!” – by blocking or deleting InfoWars accounts from their platforms, saying he allegedly engaged in “hate speech” and violated their “community standards.”

Simply put, these corporations appointed themselves arbiters of acceptable political thought, and censored Jones for failing to comply with arbitrary political standards set in Silicon Valley boardrooms, not at the ballot box.

The First Amendment to the US Constitution says that Congress shall make no law “abridging the freedom of speech, or of the press.” There is no “hate speech” exemption, either. In fact, hate speech is not even a legal category in the US. However, a chorus of voices all too glad Jones was purged immediately chimed up to argue that Apple, Alphabet, Facebook and Spotify are private companies and this does not apply to them.

There is a wrinkle in that argument, though: civil rights outfits such as the ACLU have argued that social media amount to a “designated public forum” in cases where government officials tried to avail themselves of blocking, muting and other functions put forth by Big Tech as a way to police “toxicity” on their platforms.

“When the government designates social media a public forum, the First Amendment prohibits it from limiting the discourse based on viewpoint,” the ACLU said in a brief submitted last year in a case before the Fourth Circuit Court of Appeals in Virginia. “When a government actor bans critics from speaking in a forum, it silences and chills dissent, warps the public conversation, and skews public perception,” the ACLU brief went on. 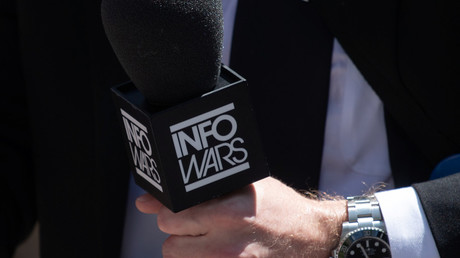 In a separate but obviously related case, a federal judge used the “designated public forum” definition to demand that President Donald Trump allow access to his personal Twitter account – not the official @POTUS one – to critics, because he is a public official.

Yet if social media platforms are “designated public forum” that government is not allowed to exclude people from on First Amendment grounds, how is it OK for corporations that operate these platforms to do so? Or is chilling dissent, warping conversation and skewing perception only bad when a government actor does it, thereby creating a legal system in which the what is irrelevant, and only thing that matters is who/whom?

There is something deeply cynical about people who until yesterday denounced discrimination and evil corporatism – and will do so again tomorrow – suddenly defending private property and freedom to discriminate against political viewpoints. That’s because this isn’t about principles, but about power.

Liberals were once all for free speech, starting a movement by that name at Berkeley in the 1960s. Now that the media and academia overwhelmingly march in lockstep with the Democratic Party, however, they’re all about “no-platforming” opposing views and calling them “hate speech,” all in an effort to limit the range of permissible thought and expression in America.

This has manifested in many forms, from literal riots in Berkeley to “shadowbanning” of several Republican lawmakers on Twitter. That platform, which has so far refrained from banning InfoWars, didn’t hesitate to block conservative African-American activist Candace Owens after she pointedly echoed the hateful tweets of a liberal journalist hired by the New York Times. Needless to say, the same people up in arms about Alex Jones argued that Sarah Jeong’s tweets were fine, because one “cannot be racist against white people.”

This ideological conflict in American society actually goes back for years, maybe even decades. However, the victory of Trump over Hillary Clinton in the 2016 US presidential election, even though most of the media and all of the Silicon valley were #WithHer, flushed it out in the open. Democrats quickly latched onto a claim of “Russian meddling,” intended to delegitimize Trump’s presidency but also, as it turns out, create an excuse for corporate censorship.

Consider the November 1, 2017 hearing before the Senate Intelligence Committee, where lawyers for Google, Facebook and Twitter were subjected to a barrage of demands to regulate their platforms against “Russians” – or else.

“You have to be the ones to do something about it, or we will,” said Sen. Dianne Feinstein (D-California). She also pressed for removal of RT from YouTube, only to have a Google representative say that despite looking very hard, the company hasn’t found any policy violations that would justify such a move.

“I’m not really satisfied with that,” said Feinstein. 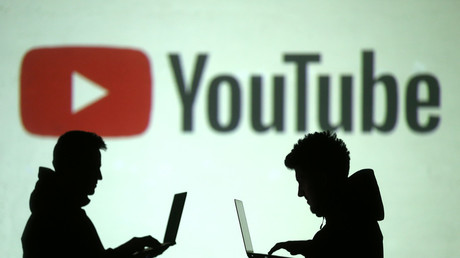 Now, imagine how much more chilling this would be if Feinstein represented the ruling party, rather than the opposition. It isn’t that far-fetched: during the 2016 election, Facebook COO Sheryl Sandberg told Hillary Clinton’s campaign chairman John Podesta she “badly” wanted Clinton to win, while Eric Schmidt, the executive chairman of Google’s parent company Alphabet, actually spent election night at Clinton HQ with a “staff” badge. More recently, this April actually, Twitter CEO Jack Dorsey called a “great read” the article describing how Democrats should fight and win the “civil war” currently being waged in the US.

This isn’t about how much one likes or dislikes Alex Jones or InfoWars. This is about corporations deciding for you what you should be allowed to hear, read, say or think – and the people normally criticizing such behavior cheering it on, because it suits their political agenda.

Ask not for whom the censorship bell tolls; it tolls for thee.