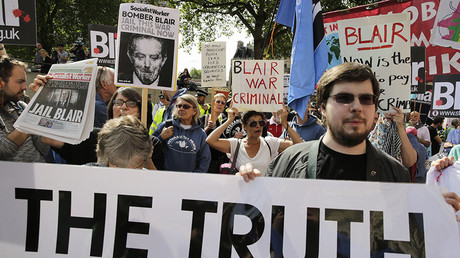 CND, Stop the War and many others are gathered in Westminster listening to the revelations of the Chilcot report.

“A country was destroyed, millions of innocent Iraqis were killed, British soldiers were killed, and terrorism has spread across the Middle East.

“Chilcot reveals the evidence that must now be used to bring Tony Blair to justice. This is our demand.

“Only when justice is served can we prevent disasters like the Iraq war ever happening again.”