A former head of the Organization for the Prohibition of Chemical Weapons has dismissed claims that Russia was behind the Salisbury chemical attack. The expert added that Iran was most recently known to have Novichok – not Russia.

While the US, Europe and other nations have taken part in a mass expulsion of Russian diplomats following the UK’s claims that the Kremlin is ‘culpable’ for the poisoning of Sergei and Yulia Skripal, Dr Ralf Trapp has reservations. The former secretary of the Scientific Advisory Board of the Organization for the Prohibition of Chemical Weapons has said that, at this stage, there is no conclusive evidence of Russian responsibility. 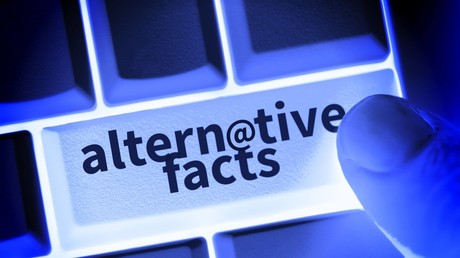 In an exclusive interview with INSURGE, the ex-senior official said that while there is compelling evidence that Russia did run a secret research program to make Novichok-style chemical agents, there has been no proof that such programs still exist today.

“I have no information about whether Russia continued the program after the mid-1990s,” he said, “but would not exclude the possibility that small amounts of what could be ‘explained away’ as materials needed in protective research have been retained or newly synthesized. But again –  no actual data on this.”

When asked if Russia was the one behind the attack on the Skripals, Trapp said: “… there are other theoretical possibilities,” adding that “it would depend on what else the UK knows and has not yet made public.” He also explained that he “can’t immediately see motive or opportunity” for other parties to be involved “except for the UK, as suggested by Russia.”  However, he added that he did not “consider [that theory] credible at all.”

The lack of proof from the British government has also been raised by former UK ambassador to Uzbekistan Craig Murray. Court documents handed down last week in a ruling over the Skripal’s medical care also noted that the chemical used was a “military-grade nerve agent of a type developed by Russia”– but did not conclusively confirm the origin of the weapon.

After the British government placed the blame for the Salisbury attack on Russia, Moscow demanded a sample of the agent used for their own experts to analyze. This would have allowed Russia to publish their own findings, but the UK declined to provide a sample.

Leonard Rink, one of the Russian scientists who confirmed the existence of the ‘Foliant’ program that originally developed the Novichok chemicals, believes that the UK’s refusal to provide the chemical sample suggests that it is not necessarily of Russian origin.

“For any country with weapons of mass destruction – the UK, the US, China and all developed countries –  any country with at least some chemistry would have zero problems creating this kind of weapon,” he said. “Why aren’t the British providing a sample to Moscow? Because no matter how hard [British] specialists try, a technology will always differ somewhat. This is its unique signature. It will be immediately clear that it is not a Russian-made technology.”