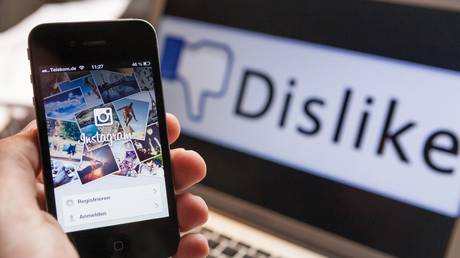 After Apple’s ongoing quarrel with Facebook came to a head, thousands of employees at the world’s largest social media network were locked out of numerous apps they have become dependent on to meet basic needs.

“Chaos” broke out at Facebook HQ after employees realized they had been shut out from using a wide-range of internal iOS apps on their iPhones. When workers went to open Instagram, Messenger and Facebook itself, they found to their horror that the apps would simply not launch.

Apple decided to pull rank after it was revealed that the data-hungry social media giant had been using their developer program to siphon data from users in direct violation of App Store privacy policies. Facebook was even paying users as young as 13 in exchange for unlimited access to their private information – all for $20 a month.

A few hours after the expose was published by TechCrunch, Apple blocked the “research” app from the app store and shut Facebook out of the enterprise developer program altogether. On top of the fact that the company is no longer able to test their apps on iOS, Facebook employees using beta-versions of numerous apps suddenly found that their access had been revoked.

Thousands of the company’s workers are said to be using these unreleased builds to do everyday things like checking the lunch menu or getting a taxi ride.

I’m only a contractor at Facebook but no on campus Uber is a pain. I was asking my brother in IT why we don’t use test flight last week :) Internal dogfooding with 5 updates a day is a pain!! pic.twitter.com/6aOegq15Ik

Employees told Business Insider that they were “pissed” and “angry” they had been locked out of their custom apps, which even resulted in “rampant” paranoia and “conspiracy theories” that Apple was trying to take Facebook down altogether.

As reports of rage and confusion hit the media, some Twitter users took a more zoomed out perspective, using the crisis as an opportunity to mock Facebook’s notoriously overbearing company culture.

I just figured they had a cart come around to the cubes to change the feed bags.

Facebook already know what their employees want for lunch. The app actually does nothing.

While some blamed the company for their dystopian paternalism, others noted that employees might also have become a bit too dependent on apps to manage their lives and basic needs.

oh no, they might have to actually go and order from one of those fancy on-campus restaurants. THE HORROR.

Facebook’s problems, however, are hardly limited to their employees. Aside from the backlash by Apple, US authorities are currently considering a record-setting fine against the company for privacy leaks.