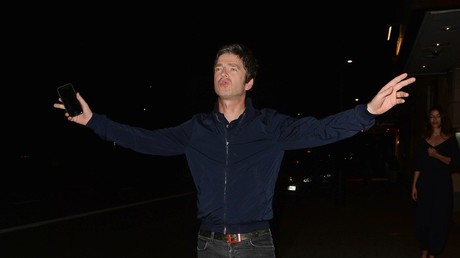 Grumpy rocker Noel Gallagher stated he would rather reform Oasis with his even grumpier brother Liam than see Jeremy Corbyn’s Labour Party win a General Election.

In his latest dis aimed toward Corbyn, Noel, responding to a would-you-rather question, said: “I’d have to get the band back together, I think. I don’t want that lunatic running the country.”

The Britpopper – now with the band ‘The High Flying Birds’ – previously said “f**k Jeremy Corbyn – he’s a Communist,” during an interview with Paste. But Corbyn was not alone, with Noel going on to brand all politicians in a less than favorable light.

READ MORE: Corbyn called for boycott of Arsenal FC in 2006 in protest of club’s deal with Israeli tourist board

Despite this Noel, who describes himself as “somebody from the left,” said he could never bring himself to vote Tory. “Some invisible force field would stop me from putting my vote in the ballot box.”

The rocker was unsurprisingly mocked by Corbyn supporters, who questioned Noel’s claims of leftism.

Noel Gallagher is a horrendous Tory.