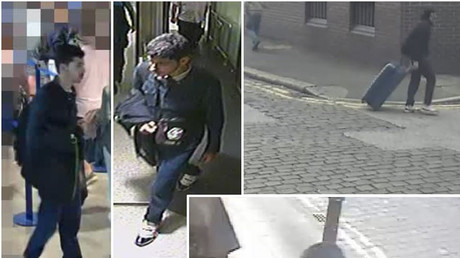 Police have released CCTV stills and footage taken of Manchester Arena suicide bomber Salman Abedi before his attack on concertgoers which left 22 dead and 116 injured.

Officers are appealing to the public to help piece together the bomber’s final movements before he detonated the homemade device at an Ariana Grande concert on May 22.

Images include a video of Abedi shopping and others of him lugging a large blue suitcase around the streets of Manchester.

Counterterrorism officer Detective Chief Superintendent Russ Jackson told the Daily Mail: “We are still working to track the movements of Salman Abedi and have already released a number of images of him, in the hope that they will jog people’s memories.

“Today, we are releasing further images of Abedi, so I would ask you to look closely at them and contact us if you saw him.”

The BBC spoke to two of Abedi’s cousins, Isaac and Abz Forjani, who were arrested in the wake of the attack but released without charge.

“The fact that the person that did this is related to us by blood is something that’s going to stay with me for the rest of my life.

“My thoughts are with the families of the victims. I really do feel for them. We went in, we could come out, we can try and move on with our lives. They’ve lost their loved ones,” he said.

Abz said there had been few outward signs of Abedi’s violent intentions.

“I believe it was all done by one man, (who) developed some sort of thoughts in the past few years which he kept to himself, secretly to himself.”

Had the family known, they would have “done something to stop that happening,” he added.