A “dangerous” man who was caught on camera shooting and injuring a rival during a street brawl in north London has been jailed. CCTV footage shows the victim collapsing, then limping away.

Armand Krasniqi, 27, was jailed for 14 years for firing a gun at a rival in full view of the public in Haringey last summer. Police were called at around 11pm on August 25 to reports of gunfire in the area of Langham Road.

One of the brawlers is then seen passing the firearm to the suspect, who held it at waist level before firing it at the victim. 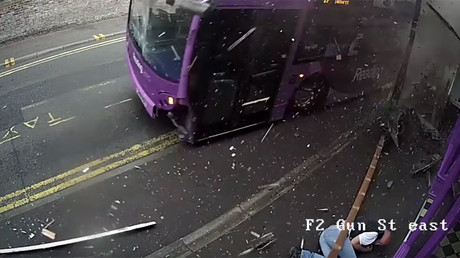 The victim falls to the ground, but manages to limp away from the scene.

Police failed to catch the victim or the suspect when they arrived at the scene. The injured man was finally tracked down after he presented himself at hospital in the area with gunshot wounds, which were not life-threatening. It is understood the suspect was identified thanks to eyewitnesses’ evidence.

Police then used forensic evidence found on Krasniqi’s clothing, as well as phone records, to prove the 27-year-old’s involvement.

The attacker was sentenced at Wood Green Crown Court on Tuesday after being found guilty of wounding with intent and possession of a firearm on July 27.

His sentence includes jail for 10 years for wounding with intent and four years for the firearm offence – both to run concurrently.

DC Sanjeev Sharma, the investigating officer from the Trident and Area Crime Command, said: “I am pleased we have taken a dangerous man off the streets of London. I’d like to thank the members of public who have assisted us with ensuring Krasniqi was brought to justice.

“Trident officers work relentlessly to arrest and prosecute anyone who possesses an illegal gun. The significant custodial sentence Krasniqi has received reflects the seriousness with which the courts regard this crime.”