The Catholic Church is opposing new child sex abuse legislation in both Georgia and New York. One archbishop described proposed statute of limitations extensions for survivors to come forward as “extraordinarily unfair.”

A legislative proposal known as the “Hidden Predator Act” (House Bill 605), to extend the statute of limitations for adult survivors of child sex abuse, has been decried by the Roman Catholic Church (RCC) in Georgia as a step too far. A lobbyist for the RCC’s Archdiocese of Atlanta is attempting to gut the bill, which would afford survivors more time to file lawsuits against groups, entities or organizations that harbored pedophiles in the past. The proposed rule change would extend the statute of limitations for child sex abuse cases from age 23 to 38. It would also afford survivors additional recourse beyond that upper limit. 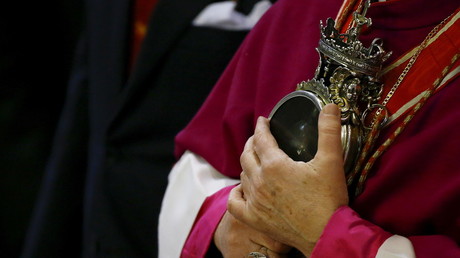 The “Hidden Predator Act” passed unanimously (170-0) on the floor of the House of Representatives, despite rumored lobbying by exposed groups like the RCC and the Boy Scouts. Proponents claim that many victims don’t come forward until after the age of 40, while opponents argue that such increases in the statute of limitations would inflict collateral damage on people in organizations that were not involved when the abuse occurred.

Archbishop Wilton D. Gregory, who led the US RCC’s response to a slew of sex abuse scandals in the early 2000s, issued a statement in which he described the proposed bill as “extraordinarily unfair” to the church.

“HB 605 would allow lawsuits against churches, private schools, businesses and non-profit organizations for actions asserted to have occurred many decades ago, potentially as far back as the 1940s, and the accused are very often deceased. Recognizing that these lawsuits can be very difficult if not impossible to defend, and risking grave injustice, the vast majority of states simply do not permit them,” Gregory wrote. “Rather, innocent people and the organizations to which they belong will be radically impacted based on allegations against individuals who may no longer even be alive and cannot speak for themselves.”

“How can someone reasonably be expected to defend themselves from allegations for something that happened so long ago,” said Catholic lawyer Charles A. Jones Jr., as cited by The Atlanta Journal-Constitution: “We don’t need endless liability.” Jones’s was the only dissenting voice against the bill at a House subcommittee meeting last month.

However, various christian groups have voiced their support of the bill. “The Georgia Baptist Mission Board supports Rep. Jason Spencer’s effort (HB 605: The Hidden Predator Act) to hold entities accountable who conceal the sexual assault of children. We look forward to working with Rep. Spencer to perfect a bill that will protect children throughout our state,“ Dr. J. Robert White, Executive Director of the Georgia Baptist Mission Board, wrote in an online statement in support of the proposed bill.

The RCC has also made moves to block similar legislation in New York State, despite Democratic Governor Andrew Cuomo pledging support for extending the statute of limitations for child sex abuse survivors. “These survivors deserve justice, plain and simple,” Cuomo said, as cited by The New York Daily News. “Giving victims the opportunity to advance their claims in court is the right thing to do, and I urge the Legislature to join me and pass this measure once and for all.”

However, the fate of the bill may ultimately be decided by Republican State Senate leader John Flanagan who has reportedly refused to meet to discuss the bill. “They are denying us our day in court. They are protecting the institutions of the abusers,” said Bridie Farrell, a former speed skater and sex abuse survivor.

Four years ago, Farrell, 35, accused her mentor and teammate of abusing her when she was just 15. As in Georgia, survivors have until the age of 23 to file a lawsuit or criminal charges against their alleged abusers. 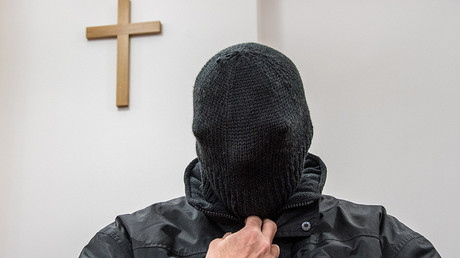 New York and Georgia have some of the strictest statutes of limitations in sex abuse cases, joined by Mississippi, Alabama and Michigan. For context, both Ohio and Pennsylvania give survivors until the age of 30 to come forward, while Massachusetts allows until the age of 35, despite the heavy Catholic presence there. The Catholic Conference in New York state opposes the proposed bill and instead supports alternative legislation, that would eliminate the criminal statute of limitations on such cases and give victims until the age of 28 to file civil suits.

The proposed legislation in New York would afford survivors a one-year amnesty to come forward, regardless of when they were abused. California passed similar legislation in 2002, after which Catholic dioceses were forced to pay out $1.2 billion in legal settlements.

“The bishops feel strongly that we need to do more to protect children from abuse and give survivors of abuse more time to seek justice,” said Dennis Poust, spokesman for the Catholic Conference, as cited by AP. “Our only objection is with that retroactive window which comes without any caps on either time or dollars. Any organization that deals with children would be looking at potential catastrophic liability when you’re looking at cases from the ’50s and ’60s.”