A new computer program could forecast how tumors grow in the same way that meteorologists map the weather, scientists have revealed. The program could one day help doctors to ‘stay one step ahead’ of the disease.

The new research, published in Nature Genetics, used DNA-reading technology to look at how tumors evolve. The computer program relies on mathematical models that have been used to predict how populations change and develop. The models work backwards using genetic information found in biopsies to determine how the cells evolved, which in turn could allow doctors and scientists to predict how the tumor will progress in the future. 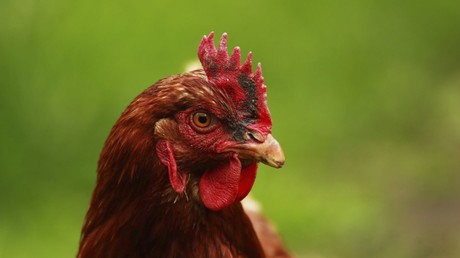 Lead researcher, Trevor Graham, from the Barts Cancer Institute in London, said that the new mapping system is “revealing the secret history of a tumor, which we were never able to observe before. But the biggest thing about this work is that we’re looking into the future, to know what a tumor will look like next week, month or even year.”

The new mapping method is funded by Cancer Research UK and the Wellcome Trust, however is not yet ready for use in patients. Co-leading author of the research paper Andrea Sottoriva from the Institute of Cancer Research said: “Once you know the rules, you can play the game. What we’ve done is enable predictions about cancer progression to hopefully be made in patients, so that treatment decisions could be made based on what the tumor will look like in the future, rather than today. But we have not yet proven that’s possible.”

The team described their research as “a step towards enabling mechanistic prediction of cancer evolution” and will now go on to do further research to prove the technique’s accuracy.

Cancer Research UK said: “Like computer models that enable weather forecasting, this model could predict the future of a patient’s disease, one month, one year ahead, based on the patterns of genetic changes that their tumors show. Although in early stages, with further development it could have the potential to have major implications for patients, helping doctors to ‘stay one step ahead’ of the disease.”

Health secretary Jeremy Hunt praised the UK’s “global lead in genomics”, stating that a “dramatic transformation of modern healthcare by technology” was vital for improving the NHS, which chronically suffers staff shortages.

Writing in The Daily Telegraph on Monday, Hunt said that the health service should build on its legacy of “leading the world in medical breakthroughs”. He also said that in the next ten years we “may well be asking computers as well as doctors for a diagnosis”.