Married Tory minister, Andrew Griffiths has resigned after it was revealed he sent more than 2000 explicit messages to a barmaid in his constituency, hounding her and a female friend for sex and insisting they call him “Daddy.”

MP for Burton Griffiths, who was minister for small business, quit his cabinet position on Sunday after barmaid Imogen Treharne, 28 and also from Burton, told the Sunday Mirror that he had demanded explicit photos and videos from her and a friend over a three-week period. 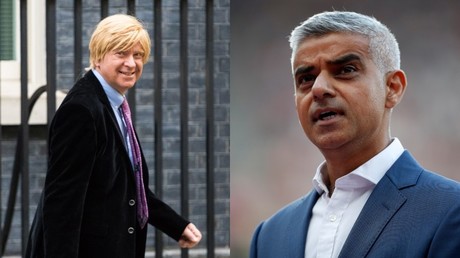 It’s alleged the 47-year-old man, who became a new dad in April, described degrading sex acts using crude detail in Whatsapp messages. The paper reports Griffiths gave Treharne and her pal £700 and offered to pay for the rent of a flat in which to have sex.

Griffiths, who insisted on being called “Daddy,” promised money if he received naughty pictures from the female pair, and described perverted and rough sex he claimed to have had with other women.

A selection of Whatsapp messages include:

“I’m thinking maybe we need a flat for Daddy’s girls. I’m taken by you both. You girls are spectacular.”

“I’m going to bring you to London and do whatever I want to you.”

“Take off the bra and panties… you’ve got Daddy in such a frenzy.”

“I’m going to need something filthy to put a smile on my face. I want to see you both naked.”

The Sunday Mirror says there are other messages sent by the MP for Burton, too disgusting to print in full, that describe his penchant for certain sexual acts.

Messages like this one from Griffiths: “I want you to be really ******* rough with *** [the girl]. The video of you spanking her was nowhere near hard enough. Can she take a beating? I have to be slightly careful in my job.”

There have been calls for the now ex-minister to resign from his position as an MP. Labour Councillor Michael Fitzpatrick, who represents Stapenhill in East Staffordshire which covers Burton, told the Burton Mail: “He has crossed the line. A very sick line was crossed and it is unacceptable.”

After his lewd messages were exposed, Griffiths issued a statement: “I am deeply ashamed at my behaviour which has caused untold distress to my wife and family, to whom I owe everything, and deep embarrassment to the prime minister and the government I am so proud to serve,” he said.

“Following discussions today with the chief whip, I have referred myself to the Conservative Party’s code of conduct procedures. I entirely accept that pending this investigation it is right the whip is withdrawn. I do not seek to excuse my behaviour and will be seeking professional help to ensure it never happens again.”