Cameron was accused of cronyism this week when a list nominating 48 political allies, aides and donors for honors was leaked. Those on the list include his wife Samantha’s stylist and two of his former drivers.

Steve Hilton, who was Cameron’s director of strategy from 2010-12, says recognition for Cameron’s “cronies” was “weird and somewhat undignified,” but not corrupt.

But he says the presence of Tory and pro-EU donors showed “honors – and even places in our legislature – can be purchased for political donations” and was a symptom of a wider problem, a “corrupt and decaying democracy.”

“The corruption comes when the honors system starts to clash with democratic principles. The most obvious way this happens is when people who are not elected make the laws which we live under,” Hilton said.

“We’ve just fought and won a referendum campaign on the principle that unelected bureaucrats in the EU should not have the power to impose laws on us.

“I’m not clear why this principle applies to unelected foreigners but not to home-grown appointees. The decision to leave the EU was a victory for people power. But that’s just the start – until we have a fully elected legislature, we cannot call ourselves a true democracy.” 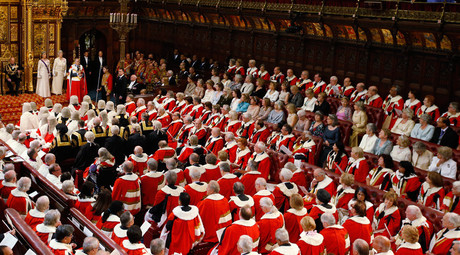 Hilton says there needs to be a “radical reform of the whole rotten system,” including an annual cap of £1,000 (US$1,300) on individuals’ political donations to “force parties to democratize their fundraising.”

“It is simply undeniable that big donations buy influence. It may not be as obvious a quid pro quo in the UK as it is in the US but there’s no question that raising money forces politicians to listen disproportionately to the concerns of those they are raising money from.”

One donor, Ian Taylor, has withdrawn his name from consideration after being put forward for a knighthood.

The chief executive of Vitol Oil has donated more than £1.6 million to the Tories in recent years and a further £350,000 to the Remain campaign.

Labour’s deputy leader, Tom Watson, called for the system to be boycotted and urged Remain campaigner Will Straw and civil rights activist Shami Chakrabarti to withdraw their names in protest.

Liberal Democrat leader Tim Farron has said: “The honors system is becoming a joke. Either people don’t want them or they are being handed out to those with little merit.

“The whole process has been devalued and leaves the public in dismay … That individuals are opting not to be a part of it only perpetuates this feeling.”