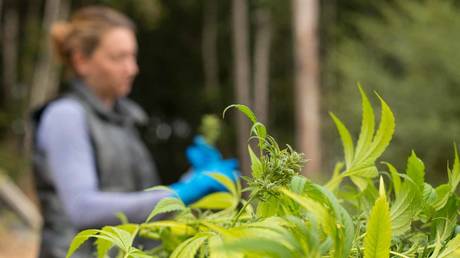 California’s legal cannabis industry – the largest of its kind in the world – is reportedly at serious risk of collapse because the state cannot keep up with the demand for licenses.

The state published an emergency Senate Bill on Tuesday to keep the thousands of cannabis farms open while they await permanent licensing from the California Department of Food and Agriculture (CDFA), which is struggling to keep up with the demand. Temporary licenses cannot be extended without this change to legislature.


If the current state of affairs continues, thousands of temporary licenses are due to expire in the coming months. The chief danger of California running out of legal cannabis is that consumers will ultimately turn back to the black market.

Since California legalized cannabis in November 2016, the CDFA has issued only nine annual cannabis farm licenses, while 39 permanent license applications are currently pending payment of the up to $44,000 license fee.


“The world’s largest legal cannabis industry is on the verge of collapse,” warned Lauren Mendelsohn, an associate at Figueroa’s law offices, to Leafly.com. The CFDA told Leafly they are working “as quickly as possible” to process applications and blamed inaccurate or incomplete applications for stalling the process.