The University of Cambridge may lower the standard of proof in sexual assault cases after a women’s union complained that the current requirement of beyond reasonable doubt, as is the law – is too tough on victims.

Cambridge University admitted in February that it has a serious problem with on-campus sexual misconduct, after the university received nearly 180 complaints in nine months under its newly launched anonymous reporting system.

Over 800 students have penned an open letter to Cambridge’s Vice-Chancellor Stephen Toope, demanding a change in how sexual misconduct cases are handled by the university. The letter argued that requiring the same standard of proof as criminal law puts victims off coming forward. 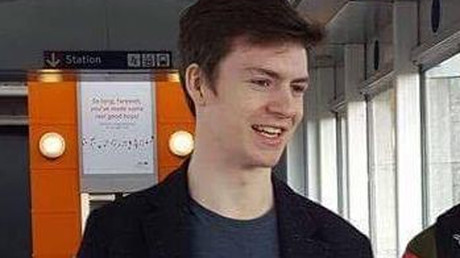 The open letter, written by the Cambridge University Students’ Union Women’s Campaign, instead calls for university disciplinary hearings to adopt the civil standard approach, by which allegations of rape or sexual assault need only be proven on the balance of probabilities, and not beyond reasonable doubt.

Under the current system, according to students, Cambridge is “implying that there is unlikely to be consequences for perpetrators in disciplinary cases pertaining to sexual misconduct, unless the survivor goes to the police.” By adopting a balance of probabilities approach, the university would “give survivors and victims of sexual assault more confidence” to report assaults.

“The University of Cambridge is not a criminal court and it should not behave as such,” said the letter. “The penalties that may be inflicted on a student by the university have no effect on their criminal record or their standing in the eyes of the law.”

The open letter also claimed that Cambridge was the only university in the UK to require the criminal standard of proof in on-campus disciplinary cases, which became apparent after the university launched a consultation process to investigate lowering the burden of proof in sexual assault cases.

A document released as part of the university’s consultation process confirmed that the student’s letter had been received. It read: “The review committee on student discipline are of the view that if the student body wants the university to use the balance of probability as the standard of proof when considering allegations of student misconduct then this should be accepted by the university community.

READ MORE: ‘Not all about the victims’: UK police to stop unconditionally ‘believing’ sex crime allegations

“However, the committee noted that it is unclear whether this is the view of the student body.”

Cambridge University’s head of the office for student conduct, complaints and appeals, Sarah D’Ambrumenil, said the review is currently ongoing. “The university is currently in a period of consultation about the disciplinary procedure – the discussion is an ideal opportunity for all members of the university to bring forward their views about the standard of proof,” she said.

“This will enable the review committee on discipline to reach the best decision for the university, which would ultimately be subject to further university consultation, but we cannot pre-judge what that decision will be.”