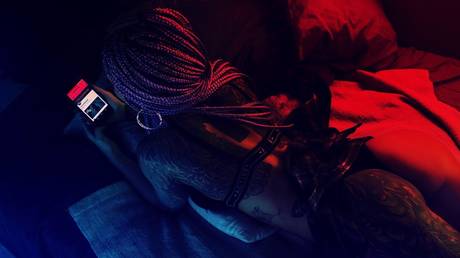 Arizona State Representative Gail Griffin has proposed House Bill 2444 which will require all digital devices capable of accessing the internet to contain a digital toll booth for users to access X-rated material.


The proposed bill states that devices which can access the internet cannot be sold, leased, distributed or constructed in the state unless they contain blocking software that blocks access to “obscene materials” such as pornography, by default. Interfering with the block would constitute a class 1 misdemeanor.

According to the proposed bill, obscene content is material which “describes sexual activity in a patently offensive way by audio or visual representations.”

Given that the world’s leading tech giants struggle to lock down graphic content on social media and search engines, despite thousands of staff worldwide and billions of dollars at their disposal, it is unclear how the state legislature plans to best them and lock off and monetize such content.

The bill proposes a $20 deactivation fee, made payable to the Arizona Commerce Authority, in order to jerk off, er… “access the obscene material.” The fees collected would be placed in the John McCain Human Trafficking and Child Exploitation Fund which aims to finance multiple initiatives, including the border wall.

However, photo ID or proof that the person is at least 18 years of age is also required and must be presented to the company that distributed the device, in a bizarre crossover of public and private sectors that would fit the bill of some Kafkaesque nightmare.

Assuming all of those bizarre hurdles are overcome, and that people are actually willing to pay a nominal fee to “access obscene content,” the funds will provide grants to protect victims of human trafficking as well as, apparently, helping to fund the highly contentious border wall between Mexico and the US, the hot-button issue which has forced the longest government shutdown in US history.


At present, Griffin is listed as the only prime sponsor of the bill which will require a two-thirds majority of the Arizona State House and Senate to pass.

Similar legislation has failed to pass in 19 states where it has been proposed, including the notorious “Elizabeth Smart Law” in which lawmakers co-opted the name of a Utah teenager who was abducted from her home as a teenager. She later sued to have her name removed from the bill, disassociating herself from it entirely.