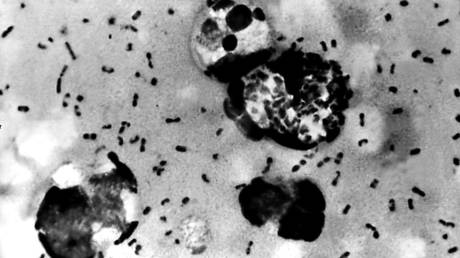 A domesticated cat has become the third feline in six months to be infected with bubonic plague in Wyoming in the Western US.

The cat was known to wander the area near its home and, when it showed worrying symptoms, samples were sent for testing. Bubonic plague infection was confirmed by the lab at the University of Wyoming shortly thereafter.

The cat fully recovered from the infection, according to a spokesperson for the Wyoming Department of Health, and with modern antibiotics and treatment, plague infections pose no major threat – certainly nothing close to the ‘Black Death’ which wiped out millions of people during the Middle Ages.

There have been a total of six human infections with bubonic plague in Wyoming since 1978, the most recent of which was in 2008, while roughly seven people per year contract the plague in the US overall. Significantly more cases of bubonic plague occur in parts of Africa and Asia.


“Plague is a serious bacterial infection that can be deadly for pets and people if not treated as soon as possible with antibiotics,” Dr. Alexia Harrist, a state health officer, said in the health department’s statement.

“We are letting people know of the potential threat in the cat’s home area as well as across the state.”

The bubonic plague is caused by a strain of bacteria known as Yersinia pestis and felines are particularly susceptible to infection. Health officials have warned Wyoming residents against allowing domesticated animals to roam freely.

No recent human cases have been identified in Wyoming despite the triple feline infections in the past 12 months.

“While the disease is rare in humans, plague occurs naturally in the western United States in areas where rodents and their fleas become infected,” Harrist added.

Also on rt.com
World at risk of another global pandemic – but could it top these diseases that wiped out millions?


The Wyoming Department of Health recommends that citizens use insect repellent on clothing, flea repellent on pets and avoid unnecessary contact with rodents and their carcasses to avoid infection.