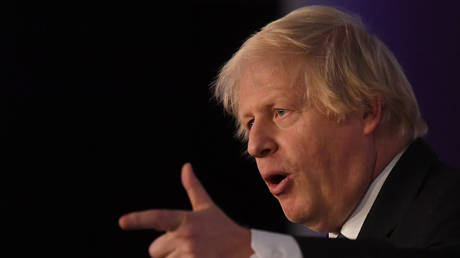 With the withdrawal date at the end of March looming large Boris Johnson says Britons will suspect a “plot by the deep state to kill Brexit” if the UK’s exit from the European Union is delayed.

The former foreign secretary and current Conservative MP for Uxbridge and South Ruislip said if the country fails to reach an agreement by the March 29 deadline, Britons will believe there has been a conspiracy to undermine their Brexit vote.

“I don’t think we can seriously contemplate delaying Article 50, because, after two-and-a-half years of procrastination, the public would accuse us in this place of deliberately setting out to frustrate their wishes,” Johnson said in a passionate speech to the House of Commons.

READ MORE: What’s next for Brexit & Britain if UK parliament votes ‘no’ on Theresa May’s deal?

“They would conclude that there was some plot by the deep state to kill Brexit. That is what many people would conclude,” he added.

Early predictions estimate that May will lose Tuesday night’s crucial vote on her withdrawal deal by an overwhelming majority. Boris went on to say that “if and when” the deal is voted down, the cabinet must “not continue to flog this dead horse”.

“Instead of another fig leaf from Brussels, I hope the Government will come back to this place with a plan that is, in fact, the Prime Minister’s original plan and she would go back to her principles as outlined at Lancaster House,” he said, referring to May’s speech in January 2017 which set out the government’s negotiating position at that time.


On a hugely important day for British politics Johnson’s deep state remarks aren’t even the most dramatic statement made by a prominent politician in the run up to the crucial vote.

Environment Secretary Michael Gove claimed Britain will resemble a zombie apocalypse if the vote is unsuccessful. Referencing Game of Thrones, Gove said if the deal fails tonight, “in the words of Jon Snow, ‘winter is coming’.”

He added that a vote to reject the deal would “damage” British democracy and cause ‘Leave’ voters to feel like their wishes have been disregarded.