Human rights groups warned the United Nations this week that a new British law allowing police to see journalists’ communications could threaten sensitive sources and the freedom of expression. 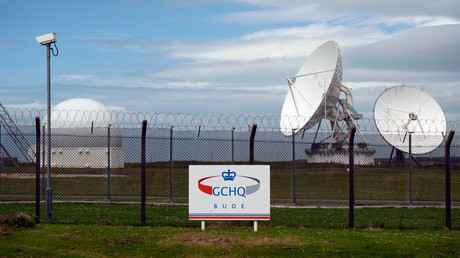 The Bill, which has been dubbed the “snooper’s charter” by critics, would allow British intelligence agencies and police to intercept communications between anyone in the country, including mobile phone conversations and internet records such as websites visited.

The Investigatory Powers Bill “remains vague and lacks adequate protections for freedom of expression and privacy, and if enacted will introduce broad powers that threaten to undermine these rights,” a joint letter by the organizations to the UN said.

“There is no upper limit on the number of people whose private communications may be intercepted or whose data may be collected and retained.

“In many instances, anonymity is the precondition upon which information is conveyed by a source to a journalist (or human rights organization). This may be motivated by fear of repercussions which might adversely affect their physical safety or job security. When sources cannot be sure of protection, the public loses its right to know critical information.”

Almost 4,000 people have signed a petition launched by the industry magazine Press Gazette demanding UK Home Secretary Amber Rudd guarantee more serious protections for journalists and their sources in the Bill. The call was also supported by several British media groups, the National Union of Journalists and the News Media Association

The Bill is currently at its report stage in the House of Lords, but the English Pen and Article 19 believe it should go back for “fundamental reconsideration” by its authors.

In former role as Director of Liberty, Chakrabarti was deeply opposed to so-called Snoopers’ Charter. No-longer it seems! She’s changed…😢😡

It emerged on Monday that the new shadow attorney general Shami Chakrabarti, who just a few months ago said the Bill needed redrafting, is now planning to abstain on the vote in the Lords.

The opposition Labour Party will not be tabling amendments and is not expected to vote against the new powers.