British police are teaching Saudi officers hi-tech crime detection techniques that could lead to the “torture and execution” of pro-democracy activists, a human rights charity claims.

Reprieve says a “scandalous” internal police document released under Freedom of Information laws shows Saudi personnel have been trained in detective work and high-tech forensics at England and Wales’ College of Policing.

The report shows college bosses recognized there was a risk “the skills being trained are used to identify individuals who later go on to be tortured or subjected to other human rights abuses.”

Anti-death penalty campaigners say the partnership, since 2009, had continued despite a brutal crackdown by the regime following the 2011 Arab Spring that led to the torture of dozens of young protesters who were sentenced to death.

One teenage demonstrator was among 47 people executed on a single day in January this year. In 2012, Ali al-Nimr, 17, was sentenced to death for attending non-violent protests and inviting friends with the use of his Blackberry.

The internal report does go on to say that if it were shown that the skills learned had been used in human rights violations, the Foreign Office and the college would “reconsider the training.”

But there was also concern expressed that if the college declined to support the training, there might be “wider risks to UK partnerships and trade.”

The project has been described as an “income generating business opportunity” for the College of Policing, which says it has a “trusted and professional partnership” with the Saudi Interior Ministry.

The shadow minister for human rights, Labour’s Andy Slaughter, told the BBC the document was “astonishing.” 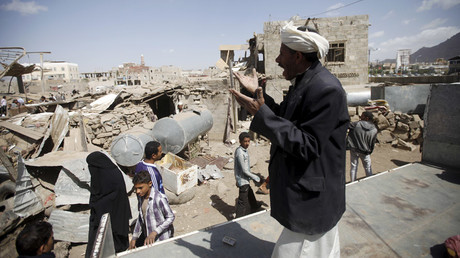 “This is a regime which executed 47 people in one day this year that still has minors on death row. We shouldn’t be having anything to do with this criminal justice system.”

But the college says through police training, they might improve human rights in Saudi Arabia.

“Decisions to carry out the training must reconcile the difficulties of working with countries whose standards of human rights may be at odds with our own with the opportunity to contribute to reform and address national security concerns,” a spokesperson for the college told the BBC.

According to the documents, the objectives of the training were diplomatic, development and security benefits, and highlighted how cooperation with Saudi Arabia on counter-terrorism had helped find a printer cartridge bomb in a cargo plane at East Midlands Airport in 2010.

The college says any payments from Saudi Arabia would only cover costs, not make a profit.

A Foreign Office spokesperson told the Press Association that British expertise was being used to ensure accurate evidence gathering.

“It is not good enough to merely criticize other countries from the sidelines. Only by working with Saudi Arabia are we able to bring about the changes we would like to see in the country.”