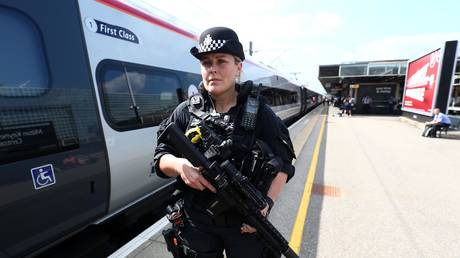 Citing a need for greater diversity within its ranks, the British Transport Police will host a recruitment workshop reserved for women and minorities. The PC cops defended the move after receiving mountains of scorn on Twitter.

In a tweet advertising the event, the police force wrote: “Female or from a black or minority ethnic background? Interested in becoming a police officer? Come to our next recruitment workshop at 6pm on 23 January in Camden.”

The message was bombarded with angry and sarcastic replies, accusing the British Transport Police of blatant discrimination.

A number of Twitter users proposed that law enforcement should hire candidates based on patriarchal concepts such as “suitability for the job.”

Could you not just hire candidates based on their willingness to apply and suitability for the job?

How about you simply recruit “good” police officers regardless of sex or ethnicity, surely gender or skin colour should not matter (unless you make a point of mentioning it of course) ?

Others took a more respectful approach.

One person expressed interest in the workshop after billing himself as a “Black Male, Bisexual Lesbian” who “identif[ies] as a Unicorn of Non-Identifying Gender” on Tuesdays.

You got the job. Turn up 9am sharp monday.

The announcement was also met with accusations of “positive discrimination” – an allegation that the British Transport Police denied in a series of follow-up tweets.

Fewer than one in ten police officers in the UK identify as being part of a minority group, and only a third of officers are women, the Transport Police state on their website.

Legality aside, the workshop – which allows interested candidates to meet with currently serving officers and ask questions about the job and what it entails – apparently gives priority to women and minorities. According to their website, the police force “will initially only offer places on this workshop to women and black and minority ethnic candidates.” This policy, the website states, is part of the force’s “Positive Action” initiative aimed at “achieving a more representative workforce.”

Still, the force insisted that the workshop was not discriminatory in any way and stressed that it does not make recruitment decisions based on someone’s gender or ethnicity.

We only recruit the best people for the job. All applications will be judged on their individual merits alone and absolutely no other factors regardless of who applies.