British MPs are being taught unarmed street-fighting techniques used by the Israeli intelligence agency Mossad in a bid to protect them from stalkers, terrorists, and political extremists in light of the murder of Jo Cox.

According to the Telegraph, the self-defense training known as “Krav Maga” – Hebrew for “contact combat” – combines jiu jitsu, judo, boxing, and street fighting.

It teaches MPs how to defend themselves against attacks, including swinging punches to the head, a bottle, glass, or ashtray to the head, and a “slash with a knife, most commonly a 3-4 inch lock blade or kitchen utility knife.” They will also learn how to disarm a lone-wolf attacker.

The training comes in the wake of the brutal murder of Jo Cox, a Labour MP who was shot and stabbed in her Batley and Spen constituency in June.

The classes are being provided by Parli-Training, a company which normally provides advice on lobbying and speech writing.

Two MPs and 18 assistants attended the first Krav Maga session at Whitehall on Thursday, according to the company’s founder, Mendora Ogbogbo.

“We are teaching them techniques where if someone comes at them with a knife or a gun, they can disarm the weapons and then run. They are not being taught how to fight,” Ogbogbo told the Telegraph. 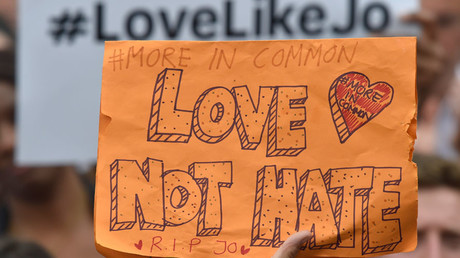 “Another technique we are teaching them is the ‘rhino,’ where they know how to cover the vulnerable parts of their heads when someone is punching them. This will give them a vital three or four minutes before someone intervenes.

“We also teach a method where if someone is lying on top of them in a fight, they can wriggle from under them and run,” Ogbogbo explained.

A number of the MPs’ constituency caseworkers told Parli-Training that they often face threats of violence from angry constituents, according to the Daily Mail.

A report earlier this year found that four out of five MPs had been victims of abusive, intrusive, or aggressive behavior.

In June, security chiefs came under fire for ignoring warnings that MPs needed more security protection after saying they were “busy people” who did not have time for extra advice or training.