The Electoral Commission has warned that British democracy is “at threat,” demanding a major overhaul of electoral law in order to make online political advertising more transparent.

The commission has called for a shake-up of electoral law after a string of political scandals, including data-mining company Cambridge Analytica and Leave.EU founder Arron Banks being fined £70,000 (US$93,800) for breaching multiple counts of electoral law during the 2016 EU referendum.

The watchdog recommended that online ads and social media messages be brought in line with paper leaflets, meaning they would clearly state who pays for them. 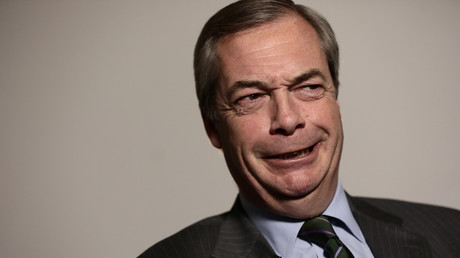 Sir John Holmes, chair of the Electoral Commission, told BBC News that voters “can have faith in the democratic process as it stands” but added: “what we are seeing is digital campaigning and use of social media exploding in all directions – that is why we think the rules need modernizing and clarifying.”

The Electoral Commission has also asked for its investigative power to be extended and to be allowed to hand fines “significantly” higher than the standard £20,000 if a party is found in breach of electoral law.

“Urgent action must be taken by the UK’s governments to ensure that the tools used to regulate political campaigning online continue to be fit for purpose in a digital age,” Holmes said.

The call for reform comes after British firm Cambridge Analytica was forced into liquidation after it was alleged to have acquired data on 87 million Facebook users without their consent to target them during political campaigns.

The scandal sparked two separate investigations, one by the Electoral Commission into the company’s role in former UKIP leader Nigel Farage’s Leave.EU campaign, and one by the Information Commissioner’s Office, which has announced a wider inquiry into the use of data in politics.

Arron Banks, one of UKIP’s largest donors, was questioned by the Electoral Commission over his finances and the sources of his donations to the Leave.EU campaign. Banks said the electoral watchdog would have never called for such an overhaul had the EU referendum outcome been the UK remaining in the bloc.

“The deeper issue for me is the politicization of the Electoral Commission,” he said. “If it was an independent body it would have neutral civil servants on its board, not former MPs.”

The new legislation would also ensure foreign organizations and individuals are not allowed to spend on UK elections and referendums.

Banks faced questioning from the Digital, Culture, Media and Sport Select Committee, which is chaired by Tory MP Damian Collins, over his alleged contact with Russian officials, amid suspicion they were used by the Kremlin to influence Brexit – a claim denied by Moscow.

The former UKIP donor, however, dismissed all such allegations. Banks said had there not been such a “witch-hunt” against Russia, there would not have been such suspicions.

A Cabinet Office spokesperson said: “The government is committed to increasing transparency in digital campaigning in order to maintain a fair and proportionate democratic process, and we will be consulting on proposals for new imprint requirements on electronic campaigning in due course.”