A British colonel raped a US military colleague after a boozy UN conference held in Uganda, a court martial has heard.

The court martial is the first to be held in both Britain and the US, with the first phase taking place at a US Air Force base in Maryland so that American witnesses could be called more easily.

Tomkins, who is an officer in The Rifles regiment, denies committing rape, but says the sex was “fairly animal.” 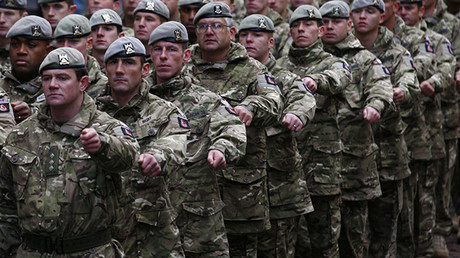 He is alleged to have sent her an email later saying “thank you for a fun and memorable evening.”

Judge Advocate General Jeff Blackett, presiding, urged the US media to respect the British practice of not identifying alleged victims of rape and told those gathered for the American leg of the trial that it would be heard according to the laws of England and Wales.

The alleged victim said the pair had been drinking over dinner and attended a show before returning to her room to finish a computer presentation.

“He came in, shut the door and walked straight over. There was no banter, no discussion. He was very direct as to his intentions. He instantly tried to unzip my dress,” she said in video interview played in the court.

She said that she tried to push him away, but he “grabbed my wrists or arms and controlled me” and utilized “overwhelming force.”

The officer claims to have blacked out at this point, but briefly regained consciousness and saw the colonel working on the presentation on a laptop.

Tomkins, who is married, has accused the woman of creating the story to “make up for her professional shortcomings.”