UK Prime Minister Theresa May wants sweeping new powers for her government to seize indiscriminate control of the internet.

Towards the bottom of the Tory manifesto published on Thursday, there is a technology section that clearly states the party’s intent to control the online world through new regulations.

“Some people say that it is not for government to regulate when it comes to technology and the internet,” the manifesto states.

Senior Tories confirmed to BuzzFeed that the phrase actually means implementing new legislation that would allow the government to have control over any material posted, shared, and published online.

The government justified its new manifesto pledge on the basis that online criminal activities should be prosecuted with the same severity as those offline.

“Our starting point is that online rules should reflect those that govern our lives offline,” the Conservative manifesto says.

The Tory advisers told BuzzFeed the government would be particularly keen on snatching powers from internet giants Google and Facebook, which have monopolized the flow of information online. 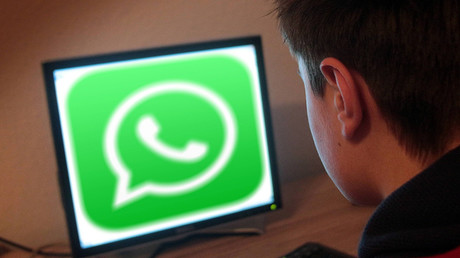 Moreover, internet companies and social networks would have to comply with regulations or else face sanctions.

“We will introduce a sanctions regime to ensure compliance, giving regulators the ability to fine or prosecute those companies that fail in their legal duties, and to order the removal of content where it clearly breaches UK law,” the manifesto reads.

In a bid to crack down on pornography, the new rules would also force companies to make it harder for people to access the content online, while content creators would have to justify their policies to the government.

The ‘Safer Online’ part of the manifesto adds that people would have new rights to “ensure” they are in control of their personal information, including getting major social media platforms to delete information held about them at the age of 18.

Jim Killock, who runs the UK-based Open Rights Group campaign, said the proposals fall short of their scope, as platforms already abide by the law when it comes to restricting online material.

“They’re generally quite censorious as it is. It’s hard to see what really is going to be added by this except enormous costs for little benefit.”

He also warned that the new laws risks the reverse effect of giving even more authority to internet companies, as it will be them deciding what content is illegal, rather than the independent British justice system.

“They won’t get it right – they’ll behave in a risk-averse fashion,” Killock told BuzzFeed.

“They’ll censor more than they need to. I do not want Mark Zuckerberg to think of himself as judge and jury of what people can say in Britain.”