Deaths from the opioid fentanyl rose by nearly 30% in 2017, official government statistics show. The numbers raises fears that the UK is experiencing an opioid crisis similar to that of the US.

According to figures from the Office for National Statistics (ONS), fatalities involving fentanyl were up by 29%, with 75 deaths in 2017, compared to 58 in the previous year. 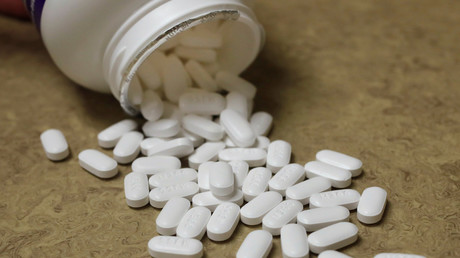 The drug, which can be 100 times stronger than heroin, is used officially to treat terminally ill patients. It is also taken recreationally both on it’s own, in its various forms, and alongside heroin.

Carfentanyl, a type of fentanyl, is increasingly being cited as a cause on death certificates. The drug, a unit of which can be up to 10,000 stronger than morphine, accounted for 27 deaths in 2017.

A BBC investigation uncovered that 2017 saw a dramatic rise in opioids being prescribed by the NHS, with 10 million more prescriptions being undertaken than in 2007, while the prescribing rate of opioid painkillers is four times higher in the north of the country than in London.

Following a series of deaths in northern England in April 2017, Public Health England warned heroin users to test drugs before using so as to not mistake heroin for fentanyl.

Health analysis statistician for the ONS, Ellie Osborn, said: “The figures published today show that the level of drug poisoning deaths in 2017 remained stable. However, despite deaths from most opiates declining or remaining steady, deaths from fentanyl continued to rise, as did cocaine deaths, which increased for the sixth consecutive year.”