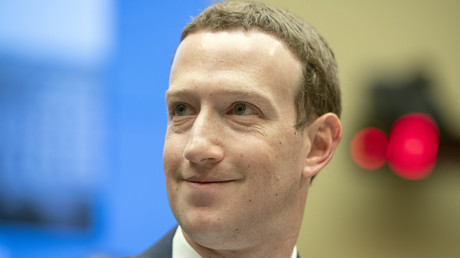 Facebook CEO Mark Zuckerberg may face a UK parliament summons if he won’t speak to MPs voluntarily, the chair of the Digital, Culture, Media and Sport Committee has said.

Damian Collins, MP for Folkstone & Hythe, restated the committee’s invitation to the Facebook founder in a letter sent to the social media giant’s UK head of public policy on Tuesday. MPs wants to question Zuckerberg on the Cambridge Analytica scandal.

If he fails to respond “positively” to their request to answer some outstanding questions posed by the committee, Zuckerberg may face a formal summons and be obliged to appear.

Collins noted that Zuckerberg’s two-day appearance in front of US Congress last month, in which he gave testimony to lawmakers, had “failed to give convincing answers to some questions.”

The fresh request comes after the firm’s Chief Technology Officer Mike Schroepfer appeared in front of the DCMS in Zuckerberg’s stead last week. There, the executive faced a five-hour grilling during which MPs openly laughed at his responses and alleged that the firm had looked to mislead members of parliament. Schroepfer was regarded by some as having come under much greater scrutiny by UK MPs than Zuckerberg did during his own appearance in front of their American counterparts.

Some softball ‘grandpa’ questions directed at Zuckerberg during his congressional testimony included one from South Carolina Republican Lindsey Graham, who asked if Facebook was a monopoly. Meanwhile, 84-year-old Senator for Utah, Orrin Hatch, merely asked how Facebook makes its money, considering it is free to use.

Collins said that the inadequacy of Schroepfer’s responses left some “40 separate points” unanswered and were attached to the letter in addition to a transcript of the committee’s last session, giving Facebook until May 11 to reply.

It is believed that Zuckerberg will visit Europe later this month in order to give evidence to the European Parliament. In the letter, Collins proposed May 24 as the date Zuckerberg could face the select committee.

“It is worth noting that, while Mr Zuckerberg does not normally come under the jurisdiction of the UK parliament, he will do so the next time he enters the country,” Collins wrote.

The date was given so that MPs can “factor the answers into planning for the evidence we hope to take from Mr Zuckerberg a fortnight later.”

The DCMS expects Zuckerberg’s RSVP to their May 24 event by May 11.