A Middle East expert has told RT the UK’s “funding and direction to certain groups have not stopped” in Syria, as MPs call for an investigation into Britain’s “inaction,” which they say, has had serious “consequences.”

Ammar Waqqaf, founder and director of Gnosos; an Organisation Expressing Stakeholder Opinion in Syria & the Middle East, has told RT that the UK is playing an active military role in Syria, with special forces training certain opposition groups and carrying out specific operations inside the war-torn country. 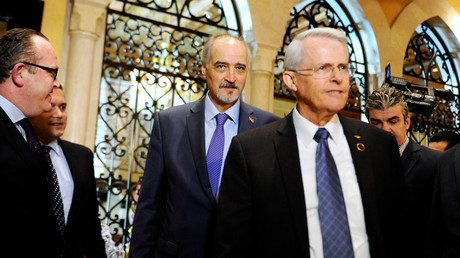 On Monday, British MPs on the Foreign Affairs Committee issued a warning that “the consequences of inaction [in Syria] can be every bit as serious as intervening.” Waqqaf has told RT that any increase in Britain’s involvement in the conflict “that is not aimed at restoring order, bringing peace and protect the integrity of the Syrian territory” would only prolong the war.

He criticized the UK, together with their Western allies for giving “false hope” to opposition groups that they could topple President Bashar Assad, insisting that the current involvement from foreign powers was “extending the suffering.”

“Putting pressure on it [Syrian govt] through proxies and through giving false hope to people on the ground that they could topple the government – this is not about ending suffering in that part of the world, it’s about extending the suffering,” Waqqaf said.

While the UK has the resources to be a military force in the Middle East, Waqqaf said that the British public have no appetite for intervention, as there is no direct threat to the UK from Syria and no UN mandate to “change the government in Damascus or establish a no-fly zone.”

Waqqaf claims the ratcheting up of UK military involvement in the region could risk igniting conflict with the Syrian government’s allies, namely Iran and Russia. 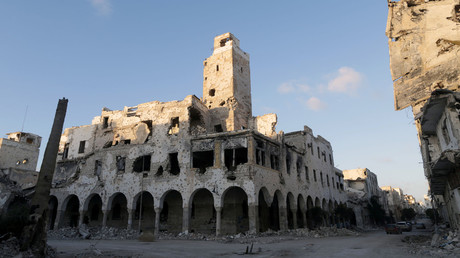 In a report issued by the Foreign Affairs Committee, MPs warn that the UK must share responsibility for the atrocities in Syria, and urge the government to launch an inquiry into the price of Britain’s “inaction” in Syria.

They write: “There has been a manifest failure to protect civilians and to prevent mass atrocity crimes in Syria. This failure has gone beyond the heavy toll paid by the Syrian people to the surrounding region, and had repercussions in Europe and the UK. It is the committee’s view that this failure derives principally not from the actions taken by the international community but inaction.

“The international community’s inaction created an opportunity for others, particularly Russia and Iran, to intervene, changing the politics of the conflict in Syria. We believe the government needs to understand the role the UK’s inaction has had and learn the lessons from it for the future.”