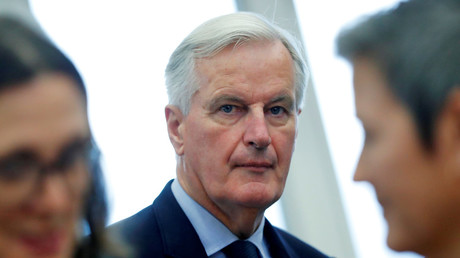 Michel Barnier, the EU chief negotiator has said that a Brexit deal between the UK and EU was within reach by next Wednesday, in Brussels, Wednesday, at the European Parliament.

The negotiator stated that, following negotiations with his UK counterparts, 80-85% of the Withdrawal Agreement has been agreed.

Barnier confirmed that the UK is set to leave both the EU’s Customs Union and Single Market. Outlining the current state of Brexit negotiations, Barnier stated there must be checks on goods between the EU and UK

In relation to Ireland he insisted that these customs and compliance checks cannot be carried out at the Irish-Northern Irish border, maintaining that the EU respects the UK’s constitutional integrity.

Barnier did however reveal that the EU was still open to the idea of keeping the customs union with the UK to forgo the need for any customs checks.

Barnier told European lawmakers: “We are doing our best to reach a deal… a lot of the Withdrawal Agreement has been agreed.. 80-85% for the moment, however difficult issues left until the end… governance (ie ECJ) geographical indicators and Ireland.”

He claimed Theresa May’s Chequers plan which would see the UK stay in the single market for goods, but opt out of regulations affecting production was problematic. This he said would create an à la carte single market system that would give the UK a “huge competitive edge” over EU companies.