Small amounts of radioactive material being transported incorrectly has led to the firing of several employees after an incident at the Los Alamos National Laboratory, the prominent facility that specializes in nuclear weapons.

Last month, federal regulators launched an investigation into the lab after small amounts of nuclear materials were shipped by air, instead of by ground, as they were intended to be. They were supposed to be sent to facilities in California and South Carolina aboard a commercial cargo plane. Air transport of these materials is not allowed due to US regulations, according to a press release by the National Nuclear Security Administration.

The laboratory has said it will not comply with requests to provide any details about the mistakes of its employees in connection to last month’s error and have said that everyone involved in the mishap has been held to account for their actions, according to the Associated Press. 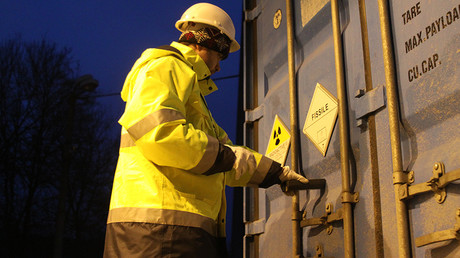 The lab has transferred the duties related to certain nuclear shipments to another division in the wake of the accident. They have also created more controls for the making of shipment labels.

A spokesman for Los Alamos said “the lab is putting into place laboratory-wide measures to significantly reduce the likelihood of similar events occurring,” the Albuquerque Journal reported.

The lab also said in a statement that “although these shipments arrived safely at their destinations and no one was hurt, this mistake, taken together with other mistakes in recent years, is unacceptable and is in the process of being addressed promptly and thoroughly.” They went on to say “our response to this incident is not business as usual,” the AP reported.

Nuclear watchdog groups spoke out following the incident and said that the lab was lucky to avoid a disaster because its packaging of materials allowed for possible rapid pressure changes.

No contamination or loss of radioactive material was found after tests were done on the shipments when they arrived at their destination.

Los Alamos is currently preparing to ramp up production of a key plutonium component for the US cache of nuclear weapons. Federal regulators, which are composed of an independent panel, have opened up a review of the lab’s track record and its ability to work safely with plutonium, the AP reported.

The lab is operated by Los Alamos National Security LLC, which is a private consortium, which includes the University of Southern California and Bechtel. Following performance reviews that were deemed unsatisfactory, the federal government made the decision to not extend the consortium’s more than $2 billion annual operating contract past 2018. The feds have also started to compose and rebid the contract. There has been increased criticism of Los Alamos after many articles were written by the Center for Public Integrity about federal regulators’ interest in safety lapses at the lab, according to the Journal.